In this review I will be sharing what happened after I took Nature Made Digestive Ultra Strength Probiotic capsules for 30 days.

What Is Nature Made Digestive ProBiotic Ultra Strength? 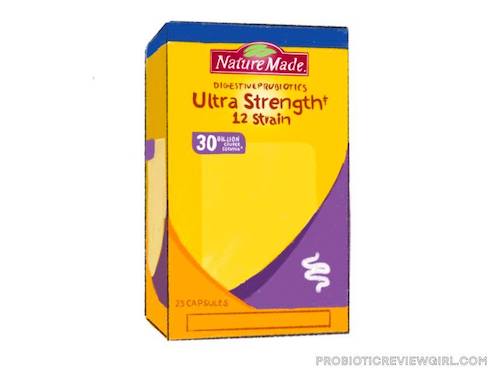 Nature Made Digestive Probiotics Ultra Strength (no affiliate link) is a probiotic that has been designed to support overall digestive health. Nature Made is a registered brand name of Pharmavite LLC, founded in 1971 by California pharmacist Barry Pressman. 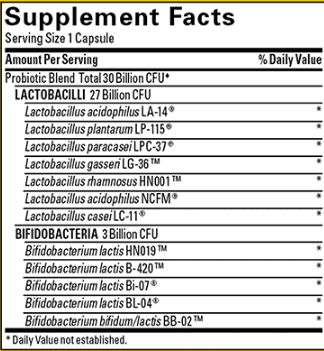 Last year in 2021, medical institutions in China published a study on PubMD looking at whether or not Lactobacillus acidophilus LA14 could have any positive impact on liver injury.

3 Billion-CFU was tested on 32 rats with various groups receiving a pretreatment of either a placebo saline solution or the real probiotic bacteria and then inducing d-galactosamine liver injury.

There are no studies on the specific effects of the Lactobacillus Plantarum LP-155 strain but this study did show that this specific strain was found in the fecal samples of participants after drinking fermented milk suggesting that it's a strain that has the ability to survive the journey through the digestive system surviving stomach acid.

A 2020 study published in the peer-reviewed Neurobiology of Stress journal looked at the effects that Lacticaseibacillus Paracasei Lpc-37® had on stress and anxiety through the gut/brain axis.

120 healthy adults were recruited for both a placebo and a parallel clinical trial set up to ensure the highest standard of results. They took 17.5 Billion CFU of the LPC-37 strain or a placebo twice per day for a total of 5-weeks.

The final assessment showed that the strain reduced perceived stress, normalized cortisol levels, reduced stress in females, and improved sleep quality all without adverse side effects reported. It's thought that results were dependent on sex and previous stress levels.

There are currently no studies testing Lactobacillus Gasseri LG-36 specifically but it is known that L. Gasseri is a gram-positive bacteria that is often found in the healthy vaginal microbiome in females and that the strain was discovered in 1980 by a man called François Gasser.

This study published in the World Journal of Gastroenterology on the 21st of April 2017 looked at both Lactobacillus Rhamnosus HN001 and Bifidobacterium Longum BB536's effects on the composition of bacteria in the microbiome.

12 Healthy volunteers from Italy took a 4-billion CFU capsule before their breakfast and another group took the same amount after breakfast daily for 1-month.

Quantitative real-time PCR was used to assess changes in the gut flora comparing latter samples to ones taken before the trial with some clear results shown in both groups.

Proteobacteria a gram-negative bacteria was decreased whilst gram-positive Blautia bacteria was shown to be increased along with decreased in Haemophilus Ducrey and Escherichia Vulneris which is from the E. Coli family. The conclusion was that both HN001 with BB536 were able to decrease "potentially harmful bacteria" and modulate dysbiosis.

Presently there are no public studies on the Lactobacillus Casei LC-11 strain in any journals but it's thought that the L. Casei strain can modulate gut bacteria and have an effect on the immune system. It is gram-positive, non-pore forming, and often found in fermented foods like Sourdough, Kefir, Kimchi, Sauerkraut whilst being "generally recognized as safe" by the FDA.

Bifidobacterium Lactis HN019, B-420, BI-07, BL-04, and BB02 are all listed as ingredients and they all have various individual effects. The HN019 is currently in its final stages of a clinical trial for function constipation that involves 224 participants taking it 15 minutes before breakfast once per day for 8 weeks.

I took this probiotic for 30 days and only noticed a minor reduction in IBS symptoms but it didn’t help with my yeast infection. My indigestion was reduced but only slightly. In terms of regularity of bowel movements, again, I noticed only a slightly positive effect.

This probiotic does have some effect, but I did not experience effects as significant as the manufacturer claimed. It certainly didn’t live up to the name “Ultra Strength”.

I didn’t change my regular diet during the days when I was taking this probiotic. That was because I already have a balanced and healthy diet, which doesn’t include red meat, fatty or fried foods, and junk food.

Some users of this Probiotic have reported experiencing stomach pain, irregular bowel movements, bloating, diarrhea, and more after taking this probiotic. Thankfully, the only symptom I experienced was bloating, and only to a minor degree.

Because the Probiotic has a pretty high CFU count, the chances of side effects are increased. However, high CFU counts are also more likely to yield positive results, so it depends on the individual.

Nature Made Digestive Probiotics Ultra Strength has a wide range of customer responses on Amazon, although most are positive with a total of 4.6 out of 5 star rating from nearly 600 customer reviews.

Kathryn Magendia is ranked as a top 500 reviewer so her opinion does hold some weight. She shared that she did not have any stomach upsets after taking the probiotic but mentioned instead of 30 capsules she received 25 which confused her.

Nature Made may cause gas & bloating.

One customer by the name of Ayanti tried to refund the probiotic but was told by Amazon that this wasn't possible. They wanted to refund it because they claimed it caused gas and bloating for them. These two symptoms are common when taking a probiotic for the first time and usually pass.

Their address is PO Box 9606, Mission Hills, California, 91346, phone number is +1 800-276-2878 and you can contact them by email at info@naturemade.com for any issues related to their probiotic supplement.

Nature Made has a no-questions-asked, 30-day money-back guarantee, which is a substantial positive for their brand but keep in the mind this will incur an $8.00 fee.

Any customer can request a refund directly from the company after answering a few questions about the Probiotic they bought. They can expect to get a full refund within a reasonable amount of time.

Nature Made is one of the most recognized and respected Probiotics supplement manufacturers in the industry and has been online for decades. But I also understand that even the best probiotics may not work for everyone, and the mixed reviews of this Probiotic show how differing reactions can be.

For full disclosure: This review is not medical advice and I am not a doctor. If you have any health issues with this probiotic you should stop taking it and go visit your Doctor ASAP.