Culturelle® stands by the statement that 70% of a human's immune system resides in the gut and they have created a brand around that ethos.

In this review, I am going to be sharing what happened after I took their best-selling Digestive Daily Probiotic Capsules for 1 month. 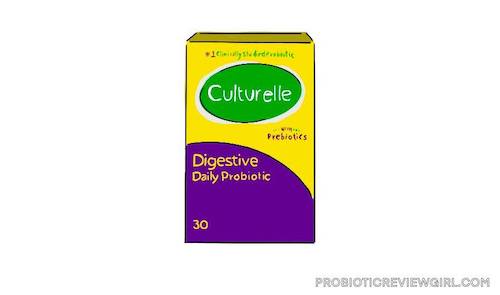 Culturelle is a supplement brand solely dedicated to probiotics which is quite a rarity in today's world where some supplement brands try to reach as many people as possible since it's more profitable.

The origins of who founded Culturelle are unknown but in 2006, acquired Culturelle for an undisclosed amount, and today they are now owned by iHealth Lab inc located at 55 Sebethe Drive Cromwell, CT 06416.

Culturelle has 27 different types of probiotics products (no affiliate link) for sale that include IBS Support, Baby Immune Health, Women's Vaginal Support, Kids Gummies, Fiber, Weight Support, and probiotics to take for after antibiotics usage. The cheapest probiotic is the kid's gummies at $16.99 and the IBS support at $32.99. They are also available at Walmart, Walgreens, iHerb and more. 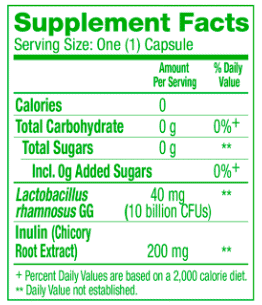 This 2020 study from the National Taiwan University, Taipei looked at the effects of 100 Million CFU of L. Rhamnosus on Energy Metabolism, Gut Bacteria Modulation, and Obesity in 7-week-old mice. Different groups of mice were fed placebos, high-fat diets, and the real probiotic daily for 10 weeks. The results of the study showed that L. Rhamnosus GG fed mice had increased serum leptin concentrations and decreases in gram-negative Proteobacteria but the probiotic-fed mice did not lose any weight compared to other groups.

A 2018 randomized clinical trial published in the peer-reviewed The New England Journal of Medicine quite simply looked at whether 10 billion CFU of Lactobacillus Rhamnosus GG for 5 days could assist with Acute Gastroenteritis in Children versus a placebo. 971 children took part in the trial and it was found that L. Rhamnosus GG did not have better outcomes versus a placebo proving that Probiotics don't always work for everyone.

This next 2014 Danish study published in the peer-reviewed World Journal of Gastroenterology compared if 6 Billion CFU of Lactobacillus rhamnosus GG (LGG) or a Low Fodmap diet was better for Irritable Bowel Syndrome. 120 participants were split into 3 groups with one taking the probiotics, one following a Low Fodmap diet, and the other a control group. The study found that both the probiotics and low fodmap diet by themselves were equally efficacious, especially for IBS-A and IBS-D.

Inulin comes from fruit and vegetables like chicory root extract and Culturelle's Digestive Daily contains 200mg of it.

This double-blind placebo-controlled study published recently in June 2022 looked at the effects of taking Inulin prebiotic fiber with Lactobacillus & Bifidobacteria and also by itself.

It found that it was able to positively support the bacteria responsible for producing short-chain fatty acids both on its own and together with probiotics as well.

Culturelle Daily Digestive has an eye watering 22,000+ reviews on Amazon with an impressive 4.7 out of 5 star rating proving that this probiotic works well for many issues.

In 2019, Carolina who had a verified purchase of digestive daily shared that she recurring BV infections that required a round of antibiotics.

Other probiotics she took had not worked but after taking Culturelle for one month in February 2019 her BV vanished which also continued to stay away even after stopping the probiotic.

Lactobacillus Rhamnosus GG has been shown to be a "safe treatment" for restoring the physiological vaginal pH and control of BV symptoms.

Samantha said in 2018 that she swears by the use of probiotics for constipation because after taking Culturelle once per day she found it easier to have bowel movements more regularly.

This 2020 study showed that Lactobacillus Rhamnosus GG could relieve constipation caused by Loperamide (Imodium) which seems to back up Samantha's experience.

With over 20,000 customer reviews you wouldn't expect every single review to be a 5-star one and that is the case with digestive daily.

A US customer in 2018 claimed they received Culturelle that was 8 years expired but provided no photographic evidence.

The other ingredients in Culturelle expiring could have been the reason for this person's side effects.

I paid $19.99 & got free shipping here. (no affiliate link) My probiotic arrived after 3 business days which is when I started taking 1 capsule of Culturelle Digestive Daily for a full month with a glass of water before eating my breakfast at about 7 am. Initially, I didn't notice any side effects or positive effects for the first week but after that, I started noticing my IBS symptoms improving.

More specifically I didn't feel like I was going to have diarrhea when out in public with friends. At the end of the 30 days, these results stayed but eventually, my IBS symptoms returned. I feel I would have to keep taking Culturelle for these positive effects on my digestive health to stick around.

I did not experience any severe side effects when taking Culturelle probiotic digestive daily regularly for a month.

Some customers have complained of minor stomachache, irregular bowel movements along with gas, and diarrhea. There is also a kid's version, which uses a bit lower CFU count of 2.5 billion CFU's along with a different bacterial strain.

Probiotic Side Effects are however quite common, and you may experience them. Always consult a medical professional for any health issues. I am not a doctor.

One awesome way to check if a probiotic works is to find unbiased customer reports on reddit like this next one I am about to share.

A Redditor called fredndolly12 posted a thread 2 years ago in the Gastritis sub reddit sharing that Gastritis had been causing them severe pain with intense bloating which led to them to visiting a gastroenterologist.

It was the gastro doc who then recommended Culturelle and amazingly their bloating, burping & pain disappeared in just a couple of days after taking the probiotic.

There are no studies on if Lactobacillus Rhamnosus GG can assist with Gastritis but this 2018 study indicated that it could potentially assist with H. Pylori which in turn could prevent Gastritis from forming as a result of the inflammation that H. Pylori can causes.

In the IBS subreddit 5 years ago somebody started a thread asking if Culturelle probiotics had helped anybody with their IBS symptoms. Two redditors said it helped a little bit but then a further two Redditors then separately shared that with their IBS-D. One caveat was that one of the IBS-D reviews mentioned they also took the probiotic with some specific prebiotics that may have helped support the probiotic bacteria to colonize the intestine.

How To Refund Culturelle Probiotics

Probiotics don't work for everyone and often cause unwanted side effects so for that reason it's always best to be aware of a brands refund policy. Culturelle state that they offer a 60 or refund policy for products provided that you haven't already discarded the probiotic alrady.

They claim that anyone can easily request a refund by either emailing cs@i-healthinc.com or calling 1-800-722-3476 Monday to Friday from 9am - 6pm ET and they will refund the payment to the original source of payment. It does not look like you have to send the probiotic back for this too happen.

Culturelle Digestive Daily is without a doubt one of the most positively reviewed probiotics on the Amazon market place and the Lactobacillus Rhamnosus GG is statistically the most clinically probiotic bacteria currently in existence.

Putting those two things together, I would have to whole heartedly recommend Culturelle Digestive Daily as one of the greatest probiotic supplements of all time. I will update this review if that opinion ever changes but I have a feeling it won't