For a long time, I’ve been looking for the perfect probiotic supplement to enhance my regular diet and help with my fitness and wellness journey.

After trawling through websites and reviews, I came across the Align Probiotic brand a few weeks ago. Their great customer reviews caught my eye, as did the brand message.

I love the idea of simple, small things that can make a change to my health. So I gave them a try, and here is my Align Probiotic Review for 2023.

What Is Align Probiotic? 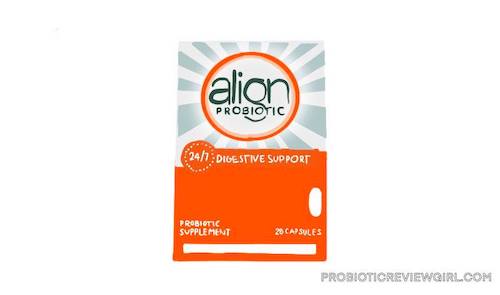 Align is a nutritional supplement company that specializes exclusively in probiotics making them and was one of the first to do this back when it launched way back in 2004 when they began developing the product under chemical engineer Nancy McCarthy who was 53 at the time and working at P&G.

Align Probiotics are located at PlazaCincinnati, Ohio 45202, United States, and is owned plus operated by The Procter & Gamble Company. They currently sell the following supplements on their website.

Many of their supplements contain add-on ingredients like melatonin and ashwagandha alongside Bifidobacterium longum subsp. longum 35624 but their women's dual action supplement does contain some Lactobacillus Plantarum, Bifidobacterium Longum, Lactobacillus Rhamnosus, and Acidophilus bacteria at a higher 6 Billion CFU count. Their most positively customer-reviewed probiotic is the 24/7 digestive support and is the one I purchased from their website.

Align 24/7 Digestive Support is unique in that it claims to be the only Probiotic supplement in the world that contains the Bifidobacterium Longum 3562 probiotic strain.

Align also claims that this supplement contains Prebiotic but I couldn't find the Prebiotic ingredient on the supplement label. The capsule boxes come in varying amounts ranging from 14 capsules up to 56 capsules.

At $49.99 24/7 capsules definitely are on the higher side when compared to similar probiotics like Mary Ruth's or Culturelle but I guess their unique selling point is that you cannot get their clinically studied B. Longum strain anywhere else.

The B. 35625 probiotic strain used in the 24/7 digestive supplement has been clinically studied in humans for various digestive health issues. This new study published in 2022 in the peer-reviewed World Journal of Gastroenterology was carried out by the Department of Gastroenterology at Ambroise Paré Hospital in France.

The study claimed that the 35624 strain had previously been shown to improve symptoms of Irritable Bowel Syndrome in patients versus placebo. Their study looked to once again test the efficacy of Bifidobacterium longum 35624 on the quality of life in IBS patients and overall IBS severity.

233 patients diagnosed with IBS partook in this trial by taking one capsule 1-Billion CFU of B. longum 35624 every day for 30 days. This is the same strain and dosage as in the 24/7 probiotic. After 30-days it was found that compared to baseline scores, 57% of patients reported a decrease in the severity of their IBS and 63.8% of patients reported an improvement in quality of life scores.

This supplement contains the Bifidobacterium BB-12 probiotic strain which was studied in a 2021 Randomized Controlled Trial and shown to be effective in reducing crying in babies. Colic Relief is free from all major allergens and 5 drops equal a 1 billion CFU count which is definitely on the lower end of things.

Where To Buy Align Probiotic's?

One of the reasons that Align is so popular is because it is so widely available both online and in physical stores. You can even buy Align gummies and capsules at Dollar General.

Keep in mind that if you want the Money Back Guarantee then order from the official align probiotic website. This will also ensure that you avoid buying fakes from resellers.

Align offer a refund to anyone who has ordered any of their probiotics 60 days from the original purchase date. You can start the refund process by calling 1-877-944-6744 or contacting them here for more information.

Currently, Align 24/7 pro formula has a 4.7 out of 5-star rating from over 5,700+ verified customer reviews on Amazon and a 4.5 out of 5-star rating on Walmart from 160+ customer reviews suggesting that the probiotic capsules work really well and customers stand by Align's digestive health claims. It is worth mentioning some of the Walmart reviews were left as part of promotions so could have been incentivized. 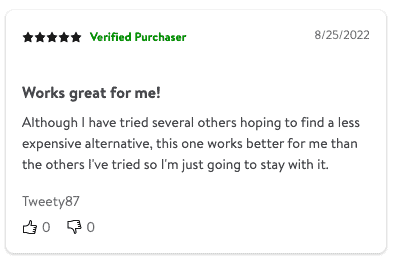 Better than other Probiotics.

One Walmart customer called Tweety87 who had a verified purchase of Digestive Support was looking to find something a little cheaper than Align's price point. They eventually just decided to stick with it since it worked well for them personally in August 2022.

Over on Amazon, in September 2022 a verified customer nicknamed "southwestern" claimed that whilst visiting their Gastroenterology clinic their doctor mentioned they take Align probiotics. They then claimed that Align's Digestive Support had started to improve the digestive issues they had suffered with for around 12 months.

In April 2022, Lauren left a distressing 1-star review claiming that Align's probiotic made them dizzy, thirsty, and dehydrated. She didn't mention if there was anything else that could have caused these health side effects but she did the right thing by discontinuing her use of Align probiotics which was when she returned to normal.

A lot has been written about probiotic supplements' side effects, and some users of Align Probiotics indeed have themselves experienced negative effects after taking the capsules or the gummies.

In general, probiotic side effects may include abdominal pains and bloating, headaches, increased histamine levels, or allergies and adverse reactions. Never take probiotic supplements if you are immuno-compromised or have serious bowel disorders.

Align Probiotics specifically mention digestive side effects such as gas and bloating temporarily while your system adjusts to the bacteria strain. You can read a full list of Probiotic Side Effects here but keep in mind they usually pass after a couple of weeks.

Align Probiotic is one of the oldest most experienced digestive health supplement companies out there and their story is fascinating. The freeze-dried digestive support capsules have a gram-positive Bifidobacteria strain that is effective for some symptoms of Irritable Bowel Syndrome. I found personally that their probiotic did ease my abdominal pain after 30-days and significantly eased my diarrrhea.

It is however important to remember that not everyone in the studies noticed an improvement in their IBS symptoms and many customer reviews gave the probiotic a 1-star rating. If you have any health issues you should contact a Doctor and never use Align as a replacement to prescribed medication. I am not a doctor.