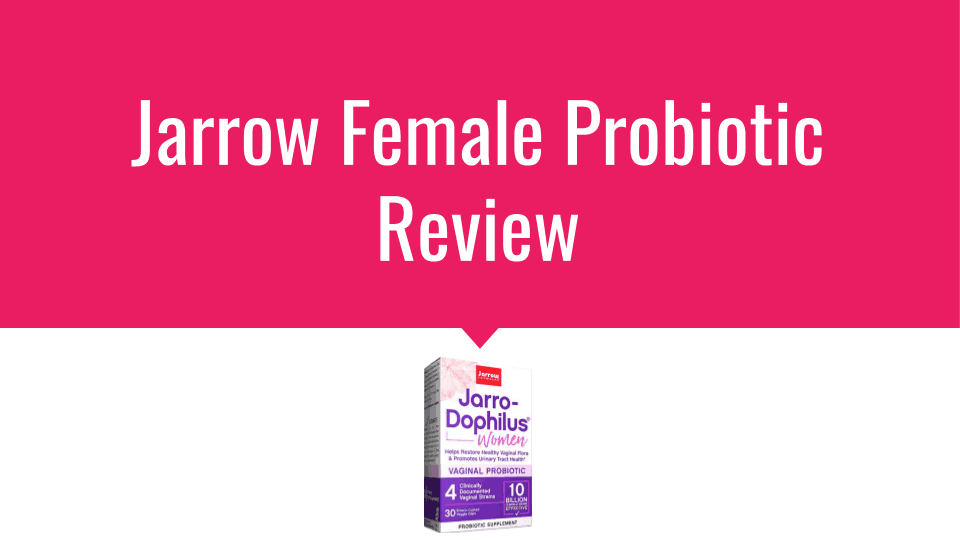 Jarrow is a female-only probiotic which has been specially developed to restore the balance of flora in the vagina and female urinary tract. What makes this Jarrow Women's Probiotic Review even more special is the fact that it looks like I am the first person to publish a Jarrow Female Probiotic Review, and I’m excited about that. I’ll do my best to explain all the aspects of this probiotic to my readers so that they can make an informed choice for themselves after considering all the factors associated with this unique female probiotic.

What is Jarrow Dophilus Women’s Probiotic? 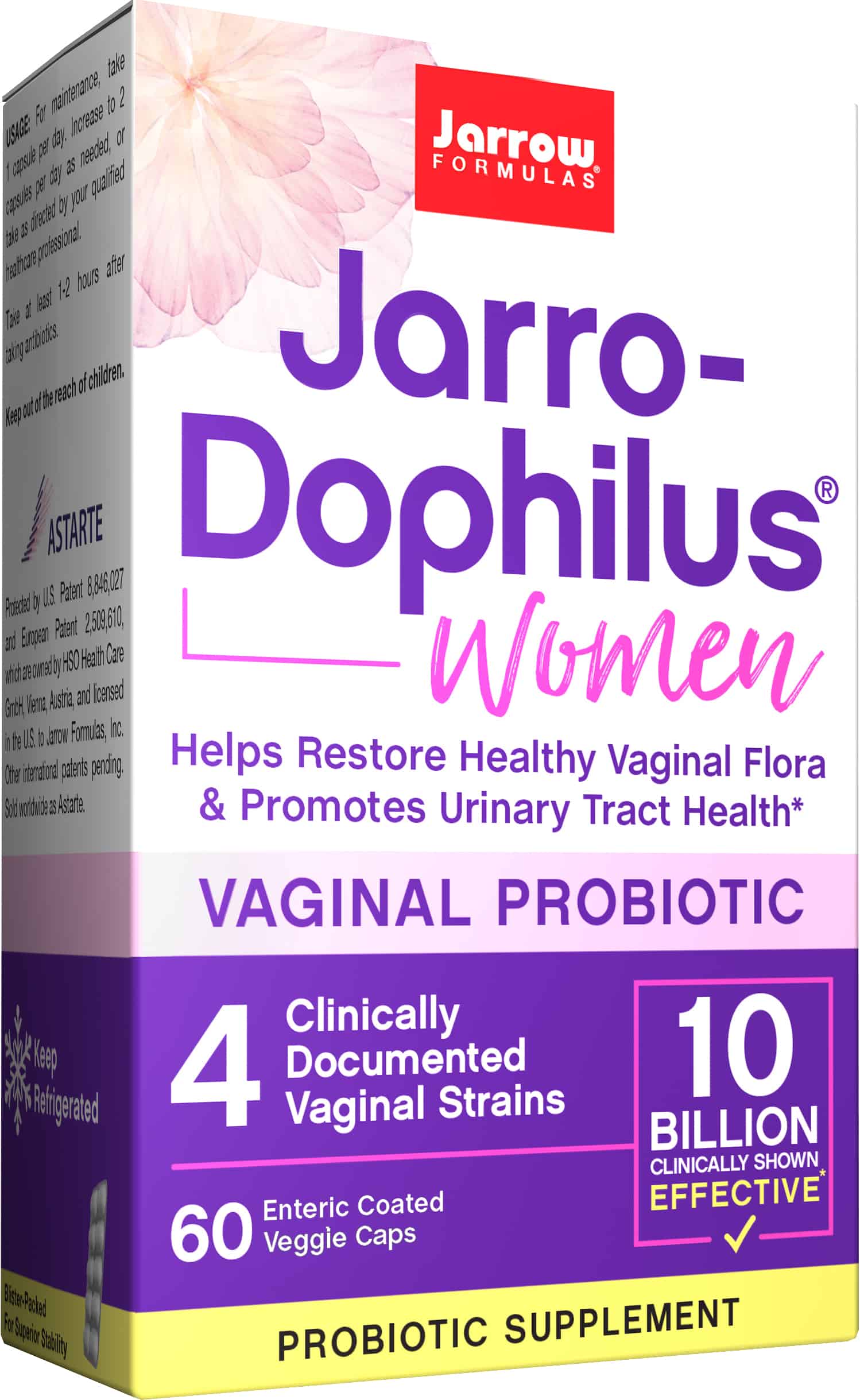 Jarrow Dophilus Women’s Probiotic has been developed to help women deal with the internal balance of bacteria within their bodies. Internal bacteria play an even more critical role in the health of women as compared with men (1). Much of this has to do with how the female body differs from the male body. This is due to the peculiar reproductive organs found in the female body; it also has some unique bacterial strains which help women with their reproductive health.

Jarrow Dophilus Women’s Probiotic is sold by Jarrow Formula Inc, which was founded in 1977 and incorporated in 1988. Jarrow Inc has been a pioneer in health products and sells a wide range of products aimed at improving the health of men and women.

Jarrow’s probiotic is different from other commonly available probiotics in many ways. First of all, unlike other probiotics, this one is primarily focused on improving the flora of the female vagina, and urinary tract. This plays a crucial role in a women’s health, and an imbalance of naturally occurring bacteria in these areas is the leading cause of several health issues faced by women.

Secondly, this probiotic uses a patented formula of clinically developed strains that are also marketed in other countries under the name “Astarte” and are protected by patents in the US and EU. Jarrow Formulas Inc holds licenses for these patents in the US.

A single bottle of Jarrow Dophilus Probiotics costs $23.95 at Amazon, while you can buy 3 bottles containing 30 capsules each for $48.48, which turns out to be much more economical. Amazon provides free shipping within the US, so you also don’t need to worry about any additional costs. 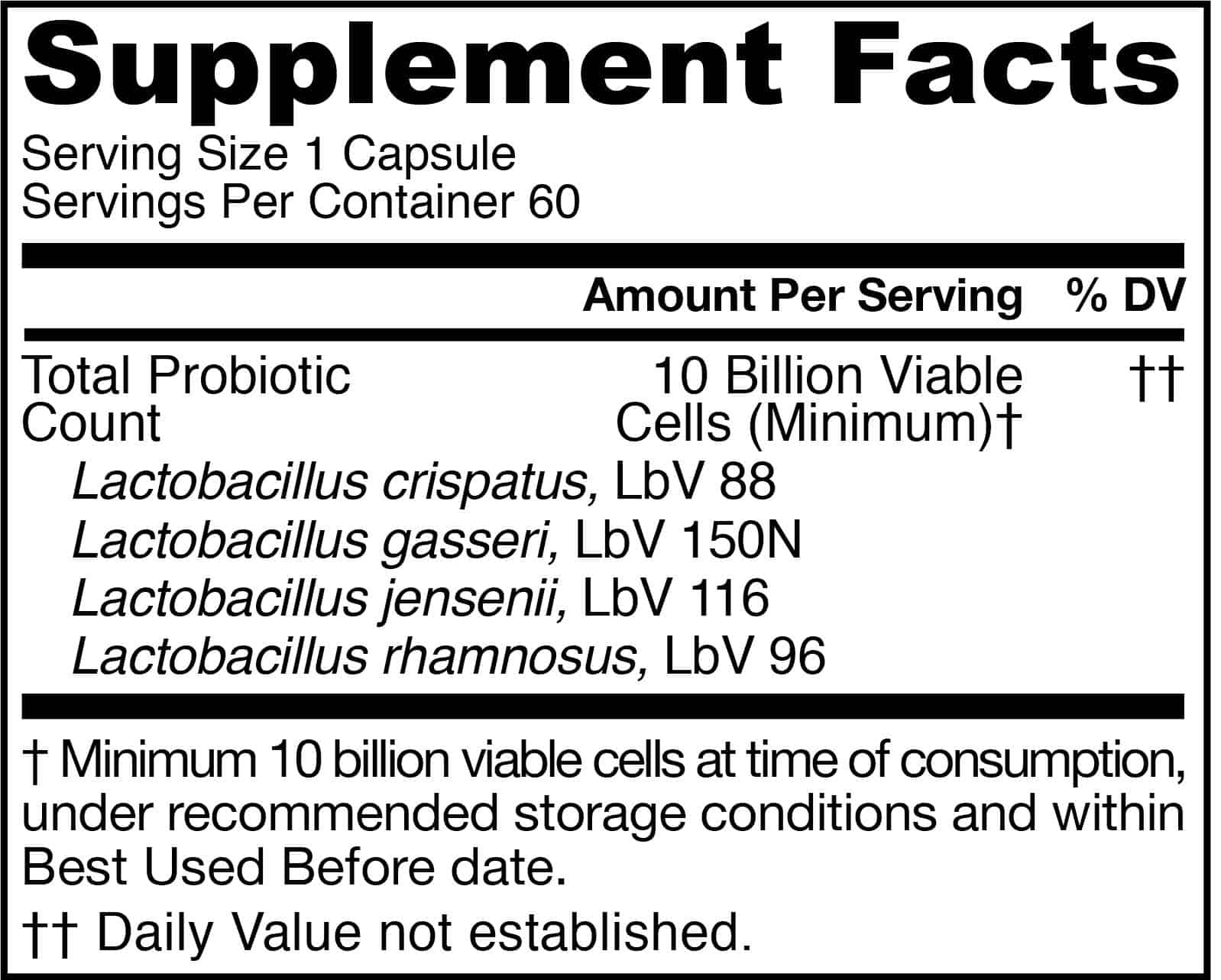 Each capsule contains 10 billion cells, and the strains contained in this probiotic can help improve floral balance in the vagina (2). An imbalance of bacteria in the vaginal canal sometimes leads to severe conditions such as weakened immune system, unregulated menstrual cycle, pain during periods, yeast infection and digestive issues (3)

Jarrow female probiotic claims to help you avoid or reverse some of theses conditions. It features 4 different strains that are clinically proven to treat all the conditions mentioned above by rebalancing the vaginal microbiota.

You can take 1 to 2 capsules daily, depending on your health. If you are already suffering from yeast infections or other conditions, then it’d be advisable to take 2 pills a day while 1 would suffice for regular maintenance. 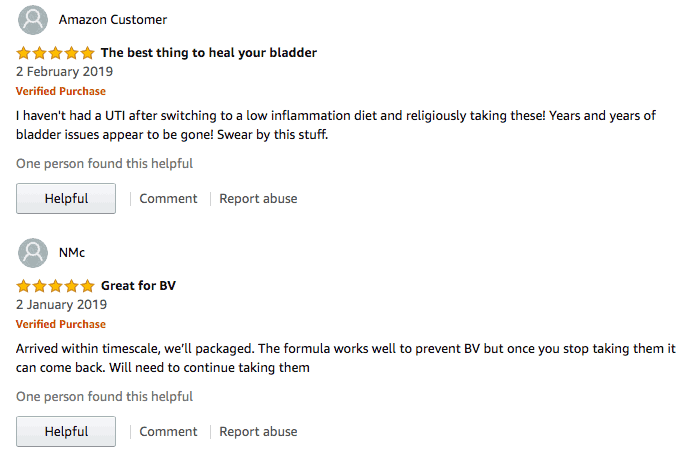 A close inspection of the user reviews posted online reveals how potent Jarrow female probiotic is. Tiffani says that she was able to get rid of yeast infection and odor after using this product. While Delia says that she saw results within 3 days of taking it and was relieved of the odor in her nether regions.

Jarrow Dophilus women’s probiotic seems particularly useful for treating and preventing yeast infections (4). Many women say that they were able to successfully get rid of chronic yeast infections after using it for a few days. Most users can expect to see results after taking the capsules for 3 to 10 days.

Almost all the reviews are positive, and only a tiny minority of users complain of seeing no results even after using it for a long period such as 2-3 weeks. Although, like other probiotics available in the market, this may also not work for everyone and it’s expected that each user will feel the effects of a probiotic differently.

Jarrow Dophilus Women’s Probiotic helped me get rid of my yeast infection, which had wreaked havoc on me for the last couple of months. I tried several probiotics had almost lost hope of treating a yeast infection when I came across Jarrow’s patented formula.

Despite the positive reviews, I was quite cautious when I started taking these capsules.  I had heard similar reviews about other probiotics also, which later on proved ineffective for my yeast infection. My experience was quite different from this one as I could feel the reaction in my body within the first 3 days, and my yeast infection was gone after around a week.

In my eyes, Jarrow’s Dophilus Women’s probiotic is the best probiotic. The best for treating yeast infections and other problems in women, which are caused by an imbalance of bacteria within our body. I tried several probiotics, and none was able to treat my yeast infection except this one.

The only sad thing about this probiotic is the low level of supply available in the market as it’s out of stock at most online stores, including the company’s official site. At present, it’s shown as in stock at Amazon, but I don’t know until what time this will be the case. It seems that customer demand is too high for this product, which is easy to understand, given the effectiveness of this product.

I’ll spend my time now to look for another great probiotic that is in stock and cheap at online retailers.