Probiotics One Daily Support Review – Is it Genuine? 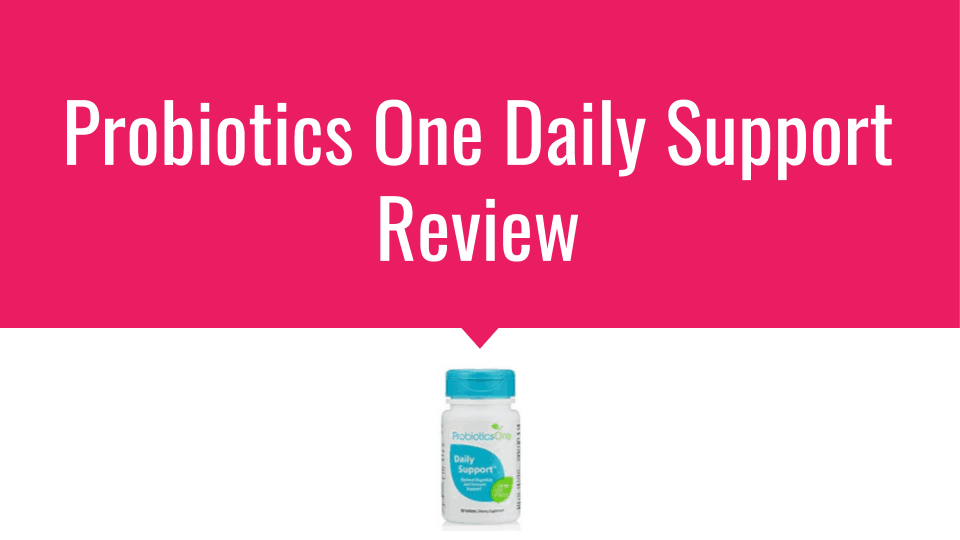 I decided to try Probiotics One Daily Support as I have heard several positive things about this probiotic from some close friends of mine. I’d been suffering from a yeast infection, Irritable Bowel Syndrome or IBS, and digestive issues for some time now.

What Is ProBiotic One Daily Support? 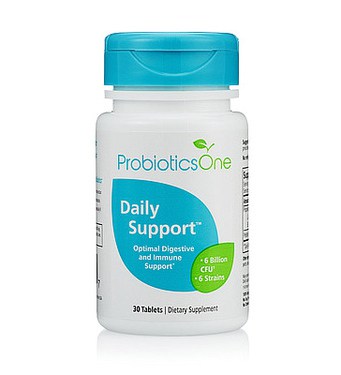 Probiotics One Daily Support is prebiotic and probiotic. These two terms may sound similar, but this is not the case.

Prebiotic refers to the non-digestive part of food (2) such as chicory root, apple skin, bananas, onion, and garlic, which passes through the small intestine undigested and is fermented after reaching the large colon.

This fermentation process, in turn, releases live bacteria found in the human digestive tract, which we know as probiotics.

You can buy a single bottle of Probiotics One Daily Support for the price of $23.95, which contains 30 tablets. You can take one pill a day with or without food.

Probiotic One is a company based in Phoenix, Arizona, a city known for its large concentration of retirees, hospitals, medical research firms, and health clinics.

You don’t need to provide the reason; the bottle doesn’t need to be unopened for getting a refund. Probiotics One has one of the best money-back guarantees in the industry, which shows their trust in their probiotics. 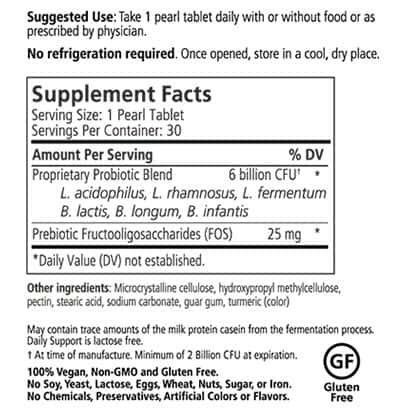 My Experience With ProBiotic One Daily Support

I used Probiotic One Daily Support for a month and had to deal with some initial side effects in the first week (3). I mainly suffered from stomach cramps, which were not too severe, and these vanished after the first week.

Over the weeks, after taking the capsules daily, I could feel that my digestion is getting better, and it relieved several symptoms of IBS. Although, it did little to help with my yeast infection, and it remained as such even after taking Probiotic One Daily Support for a month.

Perhaps this is to do with the low CFU count and because it has a small number of strains. When I tried Nature Made Probiotics, they also had a low CFU count, and I had a similar experience.

There are mixed Probiotics One Daily Support Reviews online, although the vast majority of reviews are positive. Still, several people complain that it didn't do much for their yeast infection (4).

The company seems to have designed this for people who are not looking for potent probiotics as the strains used are not the ones considered strong enough by most probiotic experts and users. Still, it helped me get rid of IBS symptoms (5), and I feel I was better off after taking this supplement for 30 days as some other probiotics didn't improve even as much as was the case with Probiotic One Daily Support.

Keep in mind on the Probiotics One Daily Support website they have said: "Their statements have not been evaluated by the FDA and Their products are not intended to diagnose, treat, cure or prevent any disease."

Probiotics One Daily Support is the right probiotic from a well established and respected company. I’d recommend it to most people who want to get rid of digestive issues or Irritable Bowel Syndrome as it helped me deal with IBS. I experienced some minor side effects in the first week, but these went away with time and were not too dangerous to worry about. The small amount of pain was worth the benefits which I got later on from this probiotic.

The strains are good, but it didn’t have the strains known for treating yeast infections (6). Almost all the bacteria used as ingredients were week or medium as the company didn’t include any potent strain which may help people deal with severe gut issues.

So, if you want a stronger probiotic, then you may need to look further, as this may not be the right probiotic for you. But for someone who only needs a regular dose of probiotics and is not looking for stronger strains, this may be the perfect product due to its unique combination of 6 strains, and prebiotic.

A large number of positive Probiotics one Daily Support Reviews about this probiotic makes it clear that it works for a majority of people. Although, we also need to keep in mind that there is no single probiotic which will work for everyone as each of one has different bodies and may not benefit equally from a single probiotic.