Is Yakult A Good Probiotic Option?

Over the years, yogurts and other probiotic products have gone from being a hippy health food to a mass market phenomenon that has revolutionized the food industry.

One of these probiotic products is the extremely popular Japanese drink, Yakult, which has become a superfood for some.

But, your favorite probiotic drink filled with “good bacteria” might not be so good after all.

In this Yakult guide, I will try figure out if this drink is a scam or not.

Table Of Contents
Yakult 101
Yakult Ingredients & Probiotic Strain
Is Yakult Good For Diverticulitis?
What Happens if You Drink too Much Yakult?
Final Thoughts 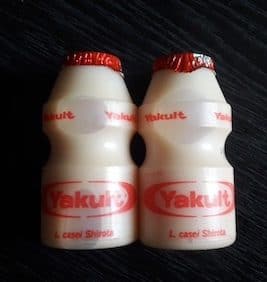 Almost a century ago, Yakult and other probiotic products are nowhere in existence. Thanks to Dr. Minora Shirota, a Japanese doctor, Yakult was born.

Dr. Shirota spent years studying microorganisms to contribute to people’s health needs and in 1930 he finally succeeded in discovering a unique strain of lactic acid bacteria that can survive throughout the intestines.

These bacteria are now called Lactobacillus casei Shirota a strain Shirota named after himself.

With the discovery of this new strain, the first-ever Yakult bottle was produced. He named the drink “Yakult” from the Esperanto word “jahurto” which means yogurt.

You may be asking: What country is that language from? Well, it isn’t from any country. It is a constructed international auxiliary language because Dr. Shirota believed that Yakult will become international in the future. Which it did! In 1955, Yakult Honsha Company was established to provide the increasing demand for Yakult.

In the same year, Yakult Central Institute was built to further investigate the use of bacteria in food, cosmetics, and pharmaceutical products. Now, they are present in 38 countries including the United States, Netherlands, and most parts of Asia.

Yakult does not only produce probiotic drinks. Did you know that aside from the original Yakult drink there is also a Yakult moisturizer that costs $1,000? But it is only sold in Japan. 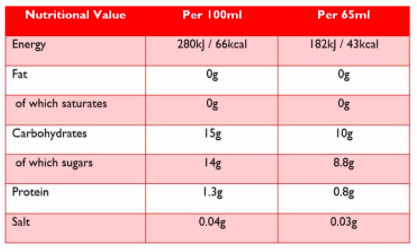 That little bottle may not be big enough to satisfy your thirst but sugary enough to make you crave more.

One tea-spoon of sugar is around 4 grams so in a bottle of Yakult we could be getting a little over two spoons.

A standard bottle of Yakult contains 20-Billion Colony Forming Units which compared to some of the other Probiotic supplements I have reviewed is quite high. That is a good thing.

Olly Probiotic Gummies for example only contain the Bacillus Coagluans strain and only 2-Billion CFU which is low.

Is Yakult Vegan? No, it contains dairy so Yakult is not vegan.

Is Yakult Good For Diverticulitis?

According to one guide by Dan Brennan MD in Medicinene.net, people with Diverticulitis should avoid greasy, dairy, sugary and foods with artificial sweeteners. Yakult has both dairy and a large amount of sugar so even if the Lactobacillus Casei Shirota strain was beneficial the dairy and sugary could potentially negate any benefits. Yakult is not good for Diverticulitis because of this.

What Happens if You Drink too Much Yakult?

Excessive sugar intake can lead to adverse effects that are detrimental to your health including tooth decay, increase in blood sugar, weight gain, skin breakouts. (1)

It's worth noting as well that studies have linked a high intake of sugar to upsetting our microbiome and promoting inflammation and the growth of bad bacteria. (2)

Whether or not you should drink one bottle of Yakult per day depends on what other sources of sugar you are getting in your life. If Yakult is your main source of sugar per day then go for it. Just remember to brush your teeth after. If you are trying to introduce Probiotics into your life for the health benefits you could try fermented foods or a supplement.

Yakult is a probiotic drink formulated with a 20-billion CFU count with a Probiotic strain that can improve gut microbiome and aid in digestion and IS NOT A SCAM. (3)

The small bottle of Yakut contains around two teaspoons of sugar and other artificial sweeteners which is the main issues in my opinion.

If you want to get the maximum benefits of probiotics in liquid form you could try a liquid probiotic like Mary Ruth or a natural fermented drink like Kefir which doesn't taste as nice but has more Probiotic Strains and no sugar.