It's thought that half a million Americans per year are diagnosed with C. Diff with 15,000 deaths directly attributed to the infection according to data from Louisiana State University.

The use of probiotics for C Difficile so far in 2022 has been extremely limited with the first single-strain study being carried out in 1995 and the last in 2005.

I am going to share the results of all of those clinical trials involving gram-positive probiotic bacteria in human participants diagnosed with C Difficile.

What Is C Difficile? 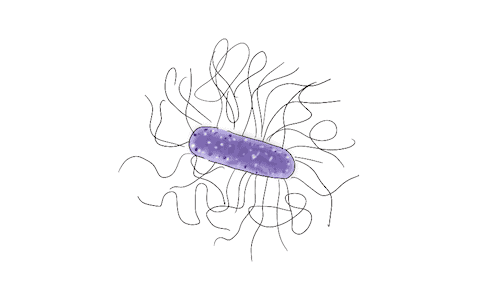 C Diff Is A Pathogenic Bacteria.

Diarrhea fever, nausea, stomach tenderness, pain, and inflammation are the most noticeable symptoms of C Diff. C Diff causes around half a million infections in a year in the US and can be fatal for those over 65 years.

C Diff is contagious and usually strikes people with weaker immune systems such as those suffering from HIV/AIDS, or those who have spent time in a hospital or a nursing home recently.

In 1994, a randomized placebo-controlled trial clinical trial was conducted by L V McFarland along with 9 other researchers to test the efficacy of Saccharomyces boulardii taken with antibiotics for Clostridium difficile Disease.

The trial included 124 adult participants who either presently had C Diff infection or had a history of having C Diff at least one time prior. It was thought that those who previously had C Diff had a far higher chance of having recurring C Diff.

For 1 month groups either took the Saccharomyces Boulardii probiotic yeast orally once per day with antibiotics or a placebo with the antibiotics. They were then followed up 4-weeks after the usage to check for the safety and efficacy of the treatment methods.

The 64 participants in the trial who had C Diff saw no difference in benefits between placebo and probiotic usage. It was noted that there was a 34.6% C Diff recurrence rate in the probiotic group versus 64.7% in the placebo group for the 60 patients in the recurring C Diff group.

In September 2005, a placebo-controlled trial was published in the peer-reviewed Journal Of Medical Microbiology looking at the efficacy of 40 Billion CFU Lactobacillus Rhamnosus GG with 320mg of Inulin Prebiotic fiber or placebo.

This was taken with antibiotics that are commonly used in C Difficile treatment. It would seem that everything was set up for potentially interesting results but alas, it was not meant to be.

15 participants with Clostridium difficile-associated disease followed this therapy twice per day for 21-days before then having their symptoms analyzed 2-months later. Unfortunately, the study was mostly a waste of time.

Because of the 74+ average age in the participants, there were issues with cognitive decline and analysis. This study did not prove that L. Rhamnosus could help prevent or treat C Diff. The only positive was that no adverse events were reported.

Another open-label placebo trial from 1995 also tested Lactobacillus Rhamnosus in children with multiple recurrences of C Diff. They found that the probiotic bacteria did help against the infection after 2-week.

No details on dosages were given and the sample size only included 4 children which is far too small. The results could have just as easily been coincidence once again failing to show the efficacy of L. Rhamnosus probiotic bacteria for C Diff infections.

This 2003 randomized double-blind placebo-controlled trial was carried out by the Department of Infectious Diseases at the University Hospital Malmö.

The results of testing Lactobacillus Plantarum 299v for Clostridium difficile-associated diarrhea symptoms were published in the peer-reviewed Scandinavian Journal of Infectious Diseases. One of the negatives of this study was that the sample size of participants was quite small.

20 patients partook in this experiment agreeing to be split into two groups to take either antibiotic with the L. Plantarum strain or just the antibiotics.

4 out of 11 who took the probiotics with antibiotics experienced a recurrence in their C. Diff associated diarrhea whereas a higher percentage of 6 out of 9 did in the placebo group.

3 years ago in the official C Difficile subreddit, a Redditor name Lightdarkthrowaway started a thread claiming that they had gotten C Diff from antibiotic usage that was causing abdominal pain, and watery diarrhea.

Their Doctor had advised them not to take probiotic supplements as their intestines were too inflamed but probiotic bacteria like L. Reuteri however have been shown to ameliorate intestinal inflammation.

After some time, however, once their symptoms calmed down a little they started drinking Kefir Milk and Bacid and Fortify probiotics which they claimed had helped with their stool consistency a little.

One of the first replies from Throwwwwndbrhrbebdeb was that probiotics and kefir did "literally nothing" for them. I was unable to find any other positive user reports of Probiotics working for C Diff on Reddit.

Closing Thoughts: Lack Of Evidence On Probiotics For C Diff

It's abundantly clear that the use of probiotic bacteria for C Diff has not been studied enough to make any conclusions on its efficacy.

To get a clear idea on how probiotics work against pathogenic bacteria more studies on other types of strains are needed and with bigger sample sizes of participants.

Saccharomyces Boulardii a type of yeast appeared to show some promise in terms of stopping recurrence and it has in the past been studied for antibiotic-associated diarrhea.

Until more clinical trials are conducted, nobody can say for sure if probiotics can help with C Diff or not. This guide is not medical advice and I am not a Doctor.