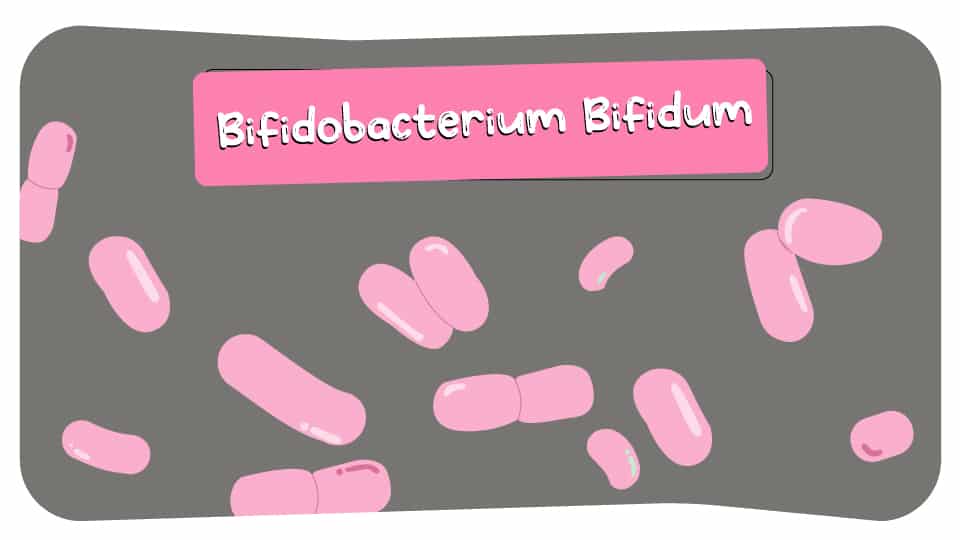 In 1899, a man named Henri Tissier first discovered Bifidobacteria when he was able to isolate the bacteria from the feces of breast-fed infants.

It can be found in the vagina, breast milk, colon, and lower small intestines of mammals and humans.

It is not safe for people with compromised immune systems, short-bowel syndrome, and premature infants.

This double-blind randomized clinical trial published in 2011 by the Department of Food Science and Microbiology in Italy tested out the effects of Bifidobacterium bifidum MIMBb75 on 122 participants with Irritable Bowel Syndrome. The inspiration for the study was because recent research suggested IBS for some people could be down to an imbalance in bacteria.

To check if Bifidobacterium bifidum MIMBb75 was able to restore this imbalance in gut bacteria and help with IBS symptoms a placebo experiment was set up. For 1-time per day, 62 patients were given a placebo, 60 given the Bifidobacterium strain, and the IBS symptoms were recorded on a Likert scale.

At the end of the 4-week experiment, the scores showed that those in the probiotic group had lower pain, discomfort, bloating, and diarrhea. The study concluded that the bifidobacteria was able to improve the quality of life for people with IBS and there were no reported adverse side effects. (1)

Atopic Dermatitis (Eczema) is a common condition affecting up to 25% of infants and it's thought that this is more likely to happen if the parent also has eczema. This next study from the Department of Pediatrics at Qingdao University and various other hospitals set out to test if the supplementation of Bifidobacterium bifidum would be able to have a positive effect on Infantile Eczema through either prevention or treatment.

40 babies with eczema confirmed via Atopic Dermatitis (SCORAD) index were included in this trial and they were split up into two groups of 10. After having stool samples taken (16S rRNA/DNA quantitative polymerase chain reaction analysis) to check for B. Bifidum levels, half were then randomly given a B. Bifidum probiotic daily for 4-weeks, and the other half in the control group were not.

The simplicity of this trial showed that those given the B. bifidum bacteria daily had lower SCORAD scores vs the control group and further stool samples showed higher numbers of the Bifidum bacteria also vs the control group. Whilst this study showed benefits for the short-term use of probiotics, the long-term effects on the infants were not studied and neither were potential side effects. The CFU count dosage was also not disclosed. (2)

This 2016 Italian study set out to test the Bifidobacterium Bifidum BB probiotic strain in a placebo-controlled study that included 21 women & 17 men. A Group of participants took 1-billion CFU of the B. Bifidum BB strain once per day for 4 weeks, stopped for 4 weeks, and then a 4-week placebo phase with Group following this sequence in the opposite order.

At the end of the placebo trial, 16S rRNA gene sequencing on stool fecal samples showed that the Bifidobacterium Bifidum BB was able to modulate Butyrate short-chain fatty acid levels and decrease both Prevotellaceae / Prevotella bacterium levels confirming it had an anti dysbacteriosis effect by restoring the bacteria in the microbiome.

The study concluded that a single dose of Bifidobacterium Bifidum BB was able to "modify the intestinal microbial ecosystem in healthy adults". (5)

This 2006 study from Toho University in Tokyo Japan tested the effects of Bifidobacterium Bifidum YIT 4007 in Fermented milk on humans with Helicobacter Pylori and also in various vivo settings.

Through various experiments that also included placebo tests it was found that B. Bifidum was able to have a positive effect on upper gastrointestinal symptoms in a group that took the probiotic bacteria versus a control group.

More specifically it was claimed that this strain may be able to help with H. Pylori infection because of its effects on gastric mucous but more studies are needed to confirm this. (3)

A 2nd study from the Yakult Central Institute for Microbiological Research, also showed that BF-1 bacteria was able to suppress the growth of H. Pylori genes in human cells. (4)

This joint Canadian & American 2016 study claimed that excessive stress was able to contribute to IBS symptoms possible through the gut/brain connection and they set out to test whether or not Lactobacillus Helveticus R0052, Bifidobacterium longum ssp. infantis R0033 or Bifidobacterium bifidum R0071 could help with IBS diarrhea brought on by stress.

The participants were asked to self-report stress, diarrhea plus other things and at 2 weeks it was found that stress and diarrhea scores were lower than placebo for those that took the B. Bifidum probiotic bacteria.

Interestingly, the only probiotic strain that affected stress diarrhea scores was the Bifidobacterium bifidum R0071 probiotic strain. It was noted that antibiotic usage and sleep time also impacted the score results in various ways. (6)

31 patients with constipation were included in this trial and were noted to have decreased quality of life scores. They took the B. Bifidum G9-1 probiotic tablets daily in this non-blinded trial after meals every day for 8-weeks and at the end, it was found that the frequency of bowel movements increased, Sarcina maxima bacteria increased, QOL increased and it was a safe potential treatment. (7)

Whilst reading through the clinical studies for this guide I did not come across any adverse reports of side effects for the human participants taking Bifidobacterium Bifidum.

It is however worth noting that the probiotics weren't taken long-term with the participants followed up.

Probiotics at a higher CFU count do often cause digestive side effects like bloating, gas & diarrhea but these usually pass after several weeks.

If you experience any side effects you should contact your doctor as they will be able to examine you physically. Some people should also avoid taking probiotics.

It's difficult to tell what foods have what probiotic strains without lab tests but according to Healthline the following foods are high in Bfidiobacterium Bifidum bacteria:

They also mention vinegar as a source of B. Bifidum but this may not be factually accurate as vinegar does a great job at killing probiotic bacteria so take their information with a grain of salt unless you can lab test your own food.

Bifidobacterium Bifidum is a popular probiotic strain in 2022 because of the quality of human studies conducted. It also may be a good choice for those with histamine intolerance issues.

The Bifidobacterium Bifidum probiotic bacteria is often used in some probiotic supplements and most fermented foods. Studies have shown it to be safe to consume for most people but it may have side effects.

Never use B. Bifidum is a replacement for any medication you have been prescribed and always consult with your doctor first before deciding to take the strain. More long-term studies are needed to fully understand the risks and benefits.