Disclaimer: This guide contains affiliate links which means I may receive a commission if you make a purchase through any links you click.

Llama naturals are probably best known for their probiotic gummies and multivitamin gummies,

In this Llama Naturals Review, I am going to dive deep and take a look at their Probiotic Gummies to see if they are worth buying or not.

I'll also be trying to figure out why they are called Llama Naturals.

Keep reading until the end to find out if I found the answer.

Who Are Llama Naturals? 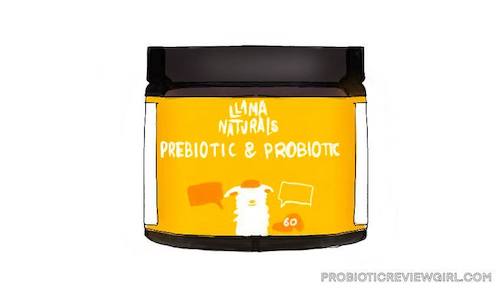 Llama Naturals is a company that has made a strong entry into the probiotic world over last 2 years. As per publicly available information, they are located at 1757 W. 17th St. Chicago. IL. 60608.

Llama Naturals Inc was founded in 2019 by Bradley Baum and Kevin Brown. They have been selling probiotic gummies through their site and online retailers such as Amazon since 2019.

Their prebiotic and probiotic gummies remain the mainstay of their offering and come in two different versions: one for adults and one for kids. All of the products marketed by Llama Naturals used plant-based, natural ingredients.

These gummies also contain dietary fiber and sugars with each jar containing 60 gummies that are sufficient for 30 days. A single bottle of prebiotic & probiotic gummies costs $24.95 at Llama Naturals website and $25.95 at Amazon.

In addition to prebiotic & probiotic gummies for adults, Llama Naturals also sells a kid's version of their gummies that contain almost identical ingredients and is very highly rated on Amazon and other review sites.

The only difference between the adult and kid versions is the lower CFU count in the kid's version where the total CFU count is just 1 billion CFU per gummy instead of 5 billion CFU for adults.

The kid's gummies are also priced lower with a single bottle selling for $22.95 at Llama Naturals site, $23.95 at Amazon, and 1 dollar more at Walmart.

My Experience With Llama Naturals

Their gummies are quite good for digestive health, and I personally tried them for a month before writing this review.

The gummies come in peach mango flavor and do not leave your mouth too sugary. I felt as if I was eating a real mango and the taste was just great.

I was able to improve my digestive health and relieve my irregular bowel movements with the help of these gummies.

These gummies also helped me with my constipation which I had been unable to treat using other probiotic supplements. This 2020 Randomized Controlled Trial claimed that B. Coagulans was able to decrease symptoms of constipation.

Llama Naturals Allergens and Side Effects

Llama Naturals prebiotic and probiotic gummies are free from common allergens and are not known to have severe side effects.

Some people though reported having minor side effects such as gas troubles, bloating etc. in the initial days.

It's quite common to have such side effects when taking probiotics according to healthline and this is not something that is unique to Llama Naturals. 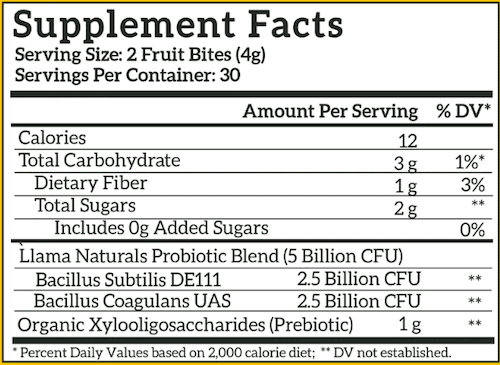 Each gummy contains 500 million CFUs of both the bacillus strains and collectively has 1 billion CFU count.

This 2020 study found that B. Subtilis DE11 was able to modify gut microbiome positively in children aged 2 - 6 years old. This means it may help with Dysbiosis.

Llama Natural's adult probiotic gummies have over 235 real customer reviews on amazon and a 4.3 out of 5 star rating which isn't perfect but does indicate that the gummies are not a scam. 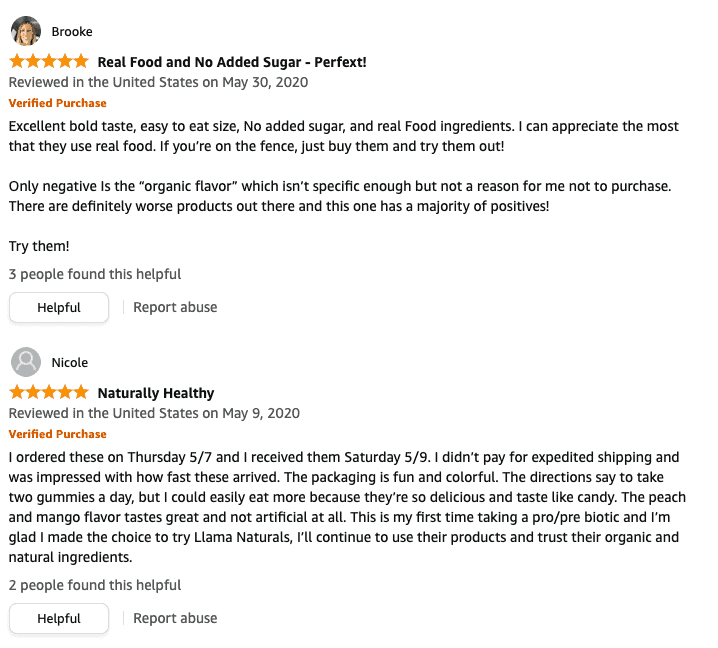 In May 2020, Brooke who was confirmed to have purchased Llama Gummies shared that the taste was excellent and they were easy to eat. She didn't share any feedback related to her digestive health.

Another customer called Nicole praised the taste and colorful packaging but didn't share if the Bacillus probiotic bacteria had any effect on her gut health. She did mention that shipping was fast.

In 2021, Alycia shared that after taking Llama's probiotics for 3 days she began to start experiencing gas and general digestive side effects. This persisted for 2 weeks but the effects continued. Her review does show that the probiotic bacteria was starting to work in her gut and it would have been interesting to see what happened if she stuck it out for a full month.

How To Refund Llama's Naturals

Not everyone will experience the benefits of Llama Naturals probiotic gummies. Llama Naturals have a pretty straight forward refund policy that can be started by either emailing support@llamanaturals.com or calling (312) 509-4661.

You have 30 days from the date of purchase to start the refund process and it can only be done if you have ordered up to 3 bottles maximum. You may have to send the probiotic gummies back to receive your money back but it's best to check with the Llama Naturals team for full details. 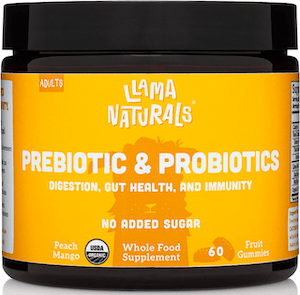 Save 20% with coupon code

Llama naturals is a great company that has able to carve out a niche for itself in the short amount of time since its inception.

There products are natural and only used plant-based ingredients that are usually free from all common allergens.

I really loved their prebiotic and probiotic gummies due to several factors.

These gummies are quite tasty and easy to eat due to their small size, they are also quite effective and don't have any severe side effects for most of the people.

Oh and by the way, the official reason for calling their company Llama Naturals is because, "Llamas are amazing". That's straight from the Llamas mouth.