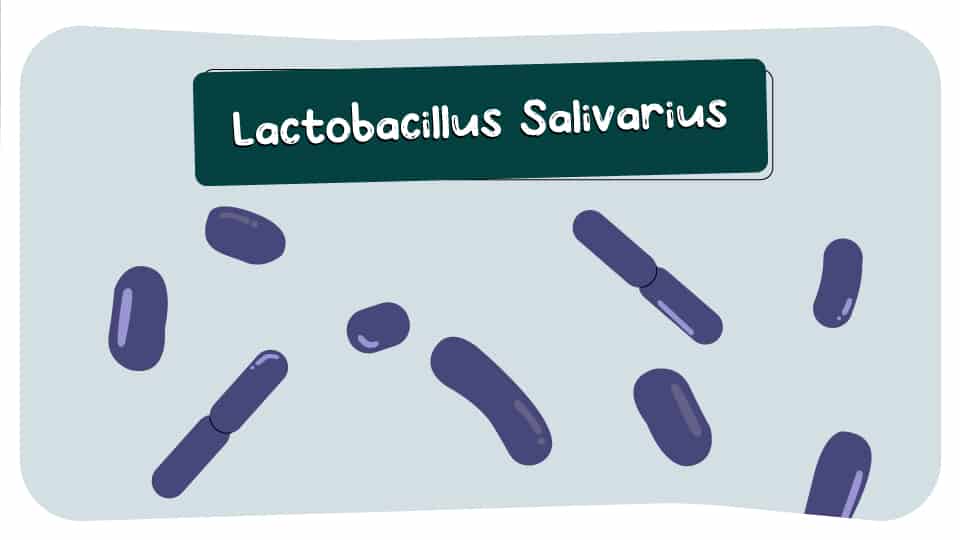 Lactobacillus Salivarius is a Probiotic lactic acid bacteria that is said to be found in our digestive tracts and in the saliva in our mouths. That’s why it was named Saliva-rius.

Lactobacillus probiotics are commonly used in supplements and found in various foods. In this guide I will be taking a look at some of those topics and why it’s a popular choice.

Atopic Dermatitis (eczema) is a skin condition that can develop in early childhood. Rashed, itchiness and dry skin can develop anywhere on the body.

There is one promising study that I came across involving this condition and the use of L. Salivarius.

The study writes in it’s conclusion that “L. salivarius LS01 seems to be able to improve the quality of life of children affected by AD and, as a consequence, it may have promising clinical and research implications.”

AD of course Atopic Dermatitis and the result is pretty clear cut. The study says the results may be due to the strain modulating the immune system and the composition of intestinal microbiota. The 43 patients in the study were aged from 0 to 11 years old and were observed over a 4 week period. Dermatitis in older individuals was studied in L. Helveticus and I have already published a guide for that strain. (1)

This study carried out on 45 young and healthy individuals involved the participants taking Lactobacillus Salivarius for 6 weeks. They were split up into 3 groups and some were given placebo’s, the real probiotic and the real probiotic with a prebiotic.

The only study I could find on L. Salivarius’s effects on oral health showed that oral ingestion of tablets containing the strain did have some potential benefits.

The outcome of the study was that it could be beneficial “for plaque control, periodontal health, and oral malodor is safe and helps to prevent the development of dental caries.”

So what does that conclusion actually mean if you are not a scientist, doctor or dentist? Well, Oral Malador is the scientific term for bad breath and common periodontal health conditions include gum disease. Dental caries are annoying dental cavities. The study quite clearly shows benefits for Oral Health. (3)

The studies noticed decreased in the liver and spleen. In the graph above you can see that the placebo and other strains did not have the same reducing effect on the bad Listeria monocytogenes bacteria. (4)

Lactobacillus Salivarius was amongst several probiotic strains that showed in promise in a clinical study for acute uncomplicated diverticulitis (AUD). The study included 84 men and women from a diverse age group.

Parts of the group were given Antibiotics alone and another were given a mix including L. Salivarius. They took 1 sachet of the probiotics twice a day for 10-days.

The study concluded that the use of antibiotics and probiotics containing Lactobacillus L. Salivarius reduced symtpoms significantly more than just antibiotics alone.

The study stated that this could have been because of the anti-inflammatory effects from the probiotics but it's important to note that larger studies would need to be carried out to confirm this. (6)

It's is difficult to know whether or not the foods you are eating contain this strain and most of the time you will just be guessing.

The best option would be to just find a probiotic supplement that has the L. Salivarius strain with a high CFU count listed on the supplement label. 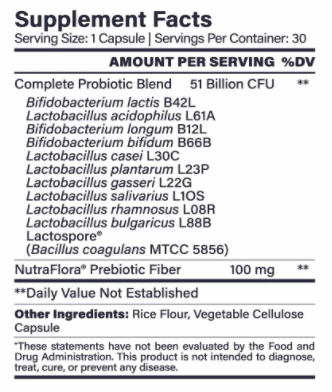 1MD Is a probiotic supplement that contains 11 different probiotic strains and a 51 Billion CFU count.

It also has prebiotic fiber and more importantly has the strain that this guide is all about.

The studies out there for L. Salivarius show that there may be benefits for Atopic Dermatitis, Cholesterol, Inflammation, Oral Health and IBS. Just make sure you use a genuine supplement and avoid getting scammed.