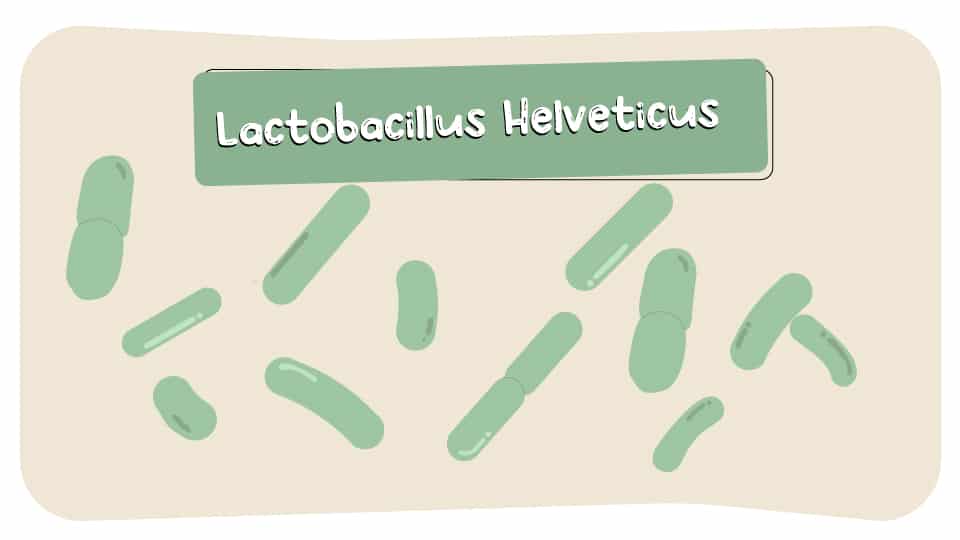 Lactobacillus Helveticus is definitely one of the more exciting and well studied probiotic strains out there. The name comes from the Swiss Helvetian tribe dating back to 1st century BC.

In this guide I will be looking at the potential benefits for anxiety, leaky gut, sleep and even cognition.

Nothing here is my personal opinion, I'm just sharing what the science says. 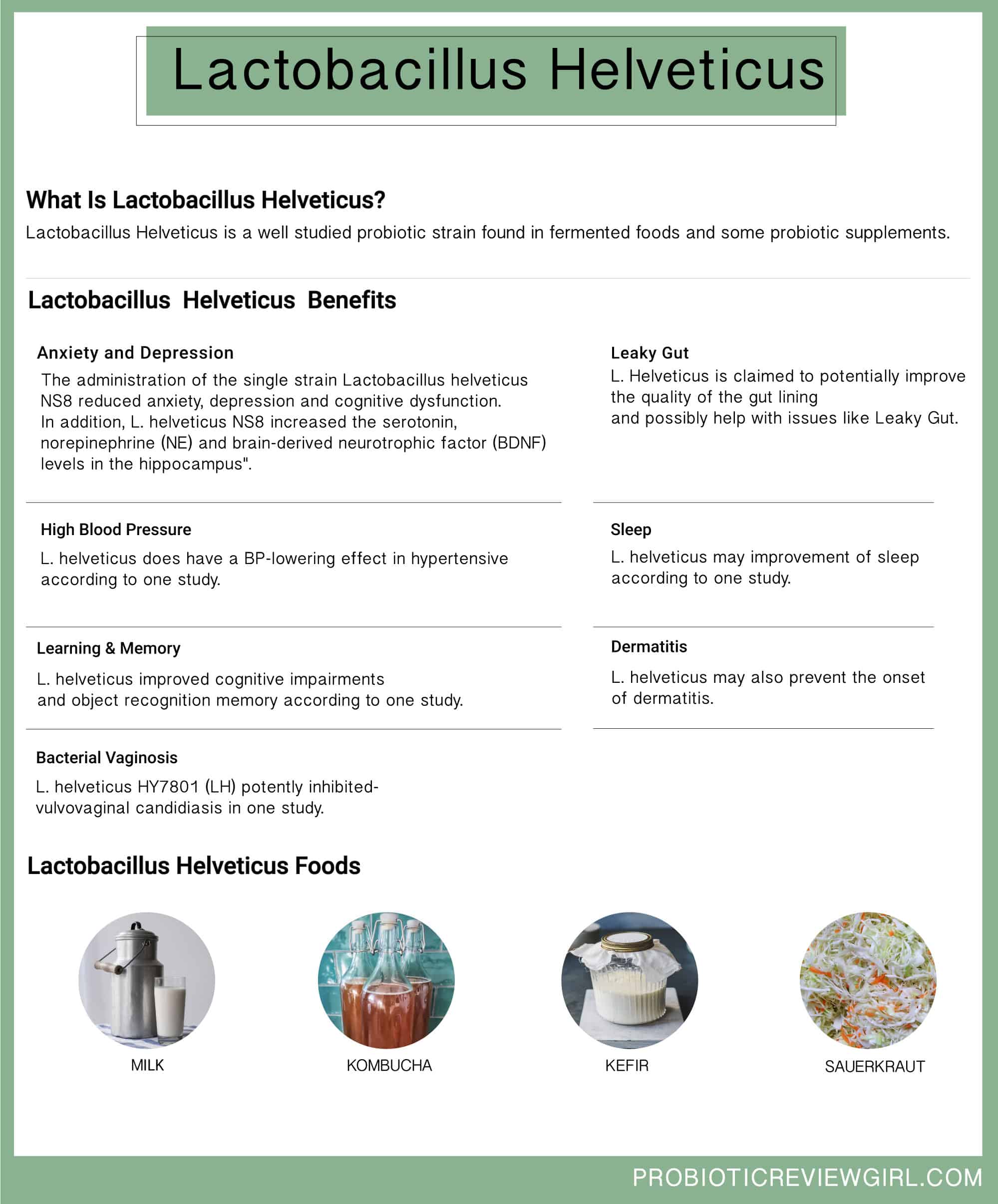 Lactobacillus Helveticus has some interesting scientific studies behind it. Some were carried out on mice and others on Humans. The potential benefits are quite diverse and range from cognitive function to overall gut health.

The connection between mental health and our gut is incredibly exciting and the amount of studies being carried out each year on this subject is growing.

The hormone Serotonin is said to be important for stabilizing our feelings of well being. If this study is accurate then it's a major boost for potentially proving that what eat can possibly control how we feel. It's also worth noting that the rats were only administered the L. helveticus strain with water for 21 days. A one months supply of a probiotic supplement could be enough to notice some changes. (2), (3)

This particular study noted that the production of the short chain fatty acid Butyrate was increased. Butyrate is claimed to potentially improve the quality of the gut lining and possibly help with issues like Leaky Gut according to some studies. (4), (5)

The results of this study showed the improvement of sleep. 29 health subjects were given fermented milk liquid with Lactobacillus Helveticus for 3-weeks. The subjects were split and some given placebo's. Those drinking the milk did show a favorable effect on improving sleep.

The subjects were all aged between 60 and 81 years old so it's unclear if the results would be the same for younger subjects. The studies conclusion was the following:

"This short-term (3-week) intervention study indicates that Lactobacillus helveticus fermented milk may have a more favorable effect on improving sleep in healthy elderly people as compared with placebo." (6)

Following with the fermented milk theme this study looked at the effects L. Helveticus had 94 hypertensive patents not receiving drug treatment. The study was a success and conluded with the following:

"Lactobacillus helveticus LBK-16H fermented milk containing bioactive peptides, in daily use, does have a BP-lowering effect in hypertensive subjects and is thus a potential for the dietary treatment of hypertension." (7)

Probiotic's are starting to sometimes be used as nootropics for cognitive benefits. One study fed 195 mice L. Helveticus fermented milk. The conclusion of the study was

There isn't any information in this study stating how long the mice orally ingested the fermented milk. (11)

Aside from the study on Mice, this second study was done on humans. The subjects drank 190g of L. Helveticus fermented milk per day for 8 weeks and the conclusion of the study was

"supplementation of healthy middle-aged adults with a L. helveticus-fermented milk drink for eight weeks improved both attention and delayed memory." (12)

Just like in the Salivarius guide I wrote, there is a study noting potential benefits for dermatitis with Lactobacillus Helveticus.

The mice in this study drank L. Helveticus fermented milk for 8 weeks. The mice that were given induced dermatitis showed "preventing the onset of dermatitis" after the drinking the fermented milk. (13)

There have been probiotic supplements in the past that have had customers reporting benefits on vaginal health and from fungal growth. Studes like this one show why that might be the case

"Out of all of the LABs tested, Lactobacillus helveticus HY7801 (LH) most potently inhibited vulvovaginal candidiasis." (14)

The L. Helveticus strain was given orally and via intravaginal treatment but we don't know for how long. 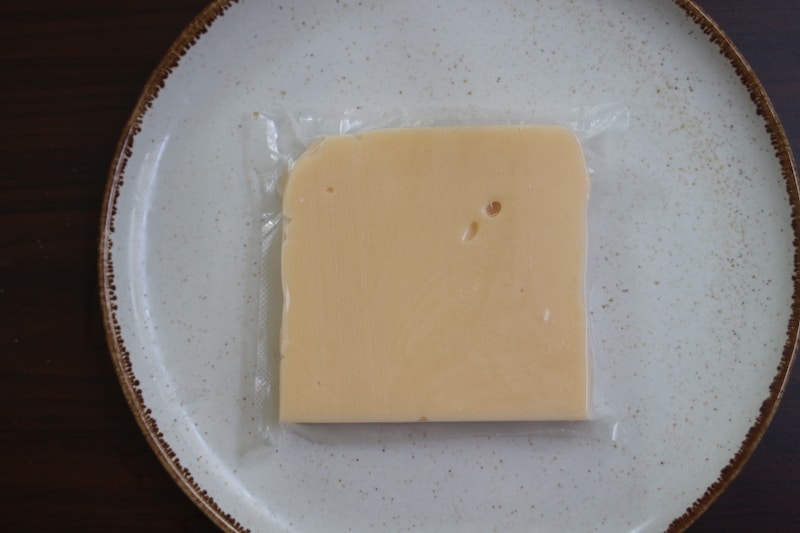 You can get Lactobacillus Helveticus from Milk, Kefir, Buttermilk, Kombucha, Kimchi, Sauerkraut and remember I said the strain was named after an ancient swiss tribe? Well, Swiss Cheese has a lot of L. Helveticus.

This strain is well studied and seems to have potential benefits for nearly everything. It's found in a lot of different foods but you may be able to get stronger CFU counts via probiotic supplementation. Also if you are vegan or Lacto Intolerant then that could be another reason to use probiotic capsules.