I just got back from my local Walmart and I came across a bunch of vegan dairy-free yogurts.

It got me thinking if any of these yogurts actually contain the beneficial gram-positive probiotic bacteria that our gut and microbiome need to fully thrive.

I will be taking a look at some of the different vegan plant-based yogurt options available and checking if they have the same probiotic strains that animal dairy yogurts provide.

What Is Vegan Yogurt? 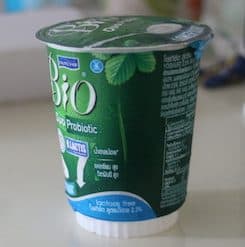 Put simply, vegan yogurt is made by replacing animal dairy with plant-based alternatives that can mimic the animal dairy taste all whilst avoiding any animal products.

Some popular plant-based milk options used for vegan yogurts include coconut, oat, almond, soy, pistachio, and cashew milk. The most popular yogurts contain oat milk because of the low cost.

My personal favorite is almond & coconut milk yogurts although they are pricier considering the cost of almonds and the options are limited. They provide a thicker and creamier taste versus oat milk which can be more watery in its texture.

Does All Vegan Yogurt Contain Probiotic's? 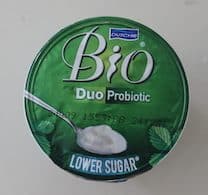 Checking the ingredient label will let you know if it contains probiotic bacteria or not. Look out for fermented, cultured, and bacteria buzzwords. Lactobacillus Paracasei & Acidophilus strains are the most common in good vegan probiotic yogurts.

Back when I was younger, vegan yogurt just wasn't a thing, and then eventually when Veganism became more mainstream vegan yogurts didn't contain any probiotic strains compared to their non-vegan counterparts. Today I am happy to confirm that they are a lot of non-dairy yogurts that contain cultured nonanimal milk which provides various probiotic strains. Here are some of my favorite choices. 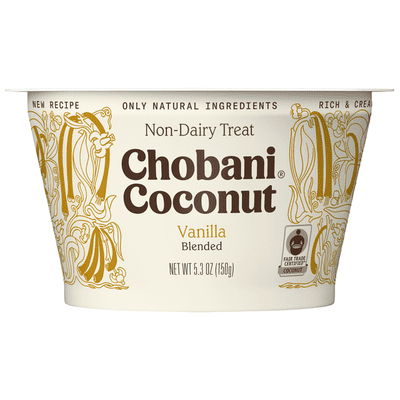 Chobani has a whole range of vegan products like creamer, eggnog, oat milk, and a bunch of other delicious products that I personally. Their non-dairy vanilla yogurt is blended with cultured fermented coconut milk which is what gives it billions of probiotic bacteria. 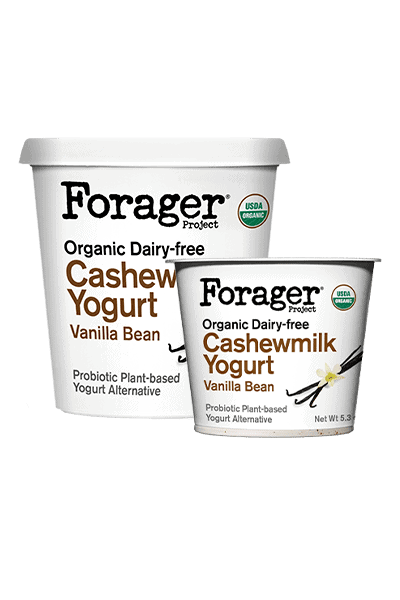 Forager is unique in that it uses cashew milk as it's non-dairy product which provides a thicker creamier taste. They are also super open with what probiotic strains each of their yogurts contains. Forager Vanilla Bean contains the Streptococcus Thermophilus, Lactobacillus Bulgaricus, Lactobacillus Acidophilus, Bifidobacterium, Lactobacillus Lactis, and Lactobacillus Plantarum. 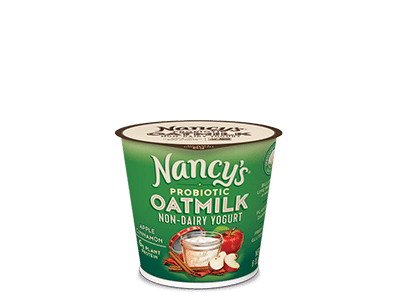 If you see Nancy's non-dairy yogurt the next time you are at the store I would recommend buying some. They have cold brew, apple cinnamon, passion fruit banana, blueberry, hibiscus, vanilla, and plain. Even writing this right now is making me salivate imagining the many flavors. Each oat milk yogurt contains Bifidobacterium, Lactis BB-12, Lactobacillus Acidophilus, and Lactobacillus Rhammosus.

The benefits of probiotic bacteria are well-documented thanks to more scientific meta-analysis being conducted every year. Probiotics are not new and our ancestors likely ate plenty of probiotic fermented food bacteria due to not having refrigerators which most likely included no vegan animal-based yogurts.

It's only through the modern era that processed foods started to replace fermented probiotic-rich foods. Thankfully the tide is now again turning and brands are making vegan foods and supplements with probiotic bacteria again. Harvard confirmed that bacteria can send signals from the gut to the brain and has an influence on our mental health and the gut can control the production of the "happy" chemical serotonin.

As always, eat vegan yogurt in moderation and as part of a well-balanced healthy lifestyle. Some vegan yogurts may be high in sugar which is eaten in excess and could upset the health of your microbiome according to research. This could lead to dysbiosis which is an imbalance between good & bad bacteria.