Can Probiotics Make You Poop?

While probiotics are fundamentally different from Laxatives, some people turn to probiotics to help them poop.

In this guide, I will be sharing what the medical studies say about constipation and probiotic usage.

Probiotics helping to make you poop depends on why you can't poop in the first place. 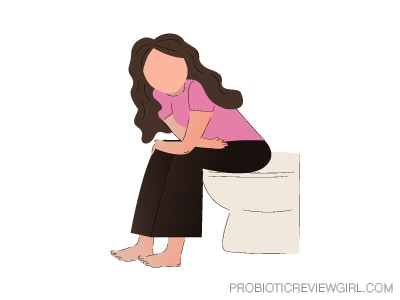 There is more than one reason that could result in someone becoming constipated so knowing what the cause is first is important before taking probiotic supplements. Taking probiotic's alone may not be enough to make you poop.

According to Cleveland Clinic if you have fewer than 3-bowel movements per week then that can be defined as constipation but everyone has different toilet habits. Probiotic's may help some people to poop more often naturally but not by working as laxatives.

During pregnancy, digestion can be slowed down due to an increase in the progesterone hormone which may affect the muscles in the intestines by relaxing them. It's said that diarrhea, bloating and constipation was all common during the different trimesters and constipation was to be 40% in self-reported ROME II criteria scores.

According to VeryWellHealth's Dr. Chang-Jackson, there is no definitive answer to whether or not to take probiotics during pregnancy but this same Doctor goes on to say "it seems fairly safe in pregnancy" to take probiotics. The BMC of pregnancy and childbirth also found probiotic usage to be safe with no adverse pregnancy outcomes.

In this recent study from 2021, thirty-two obstetric (pregnant) patient's were given Lactobacillus probiotic for 16-days and then and then 2-days without the probiotic. Fecal specimens were sampled with microbiota metagenomic sequencing and this data revealed that "probiotic supplementation significantly reduced the severity of nausea, vomiting, constipation, and improved life quality."

Learn more about pregnancy & constipation in this pregnancy guide.

While it's more common, it's not just adults who can experience constipation and it can also affect children for varying reasons. These include not eating enough fiber, not enough fluids, food allergies, stress from school, or interactions with medicine.

If they experience any constipation it's vital that your first consult with a doctor to rule out any serious health conditions. Never use probiotics as a replacement for any prescribed medication. Studies like this one where constipated children were given a fermented dairy drink containing Bifidobacterium Lactis dn-173 010 showed that it did not relieve constipation.

Furthermore, children should not take some high CFU multi-sprain probiotic supplements that are made for adults. Usually, they will have to take weaker Bacillus Coagulan's probiotic gummies or something similar depending on their age. In adults, probiotics seem to help by producing more lactic acid by lowering the pH value to speed up digestion. It isn't clear if this can also happen in children.

Constipation From The Keto Diet

The ketogenic diet is the process of cutting carbohydrates out of your diet by making your body burn fats instead of glucose sugar that comes from carbs. This process is called Ketosis and on subreddits like this one, many people following the Keto diet experience constipation but also some people experience the opposite. Unfortunately, there are no studies on keto and constipation.

One user called Emitwoh's said that they started experiencing constipation on the Keto diet but they no longer have any irregularities because they take various supplements like fish oil, fiber, magnesium, and of course probiotics. Two other users mentioned in the subreddit that too much dairy like cheese in the Keto Diet could be the cause of constipation.

The relation between Diarrhea with diarrhea is sometimes confusing because, on the one hand, they can cause initial Diarrhea as a side effect but also studies strongly suggest that they can help treat acute diarrhea.

In one source it was claimed that from studying 8,014 people, it was concluded that probiotics safely reduced the duration of diarrhea and stool frequency in adults and children with infectious diarrhea compared to placebo groups. 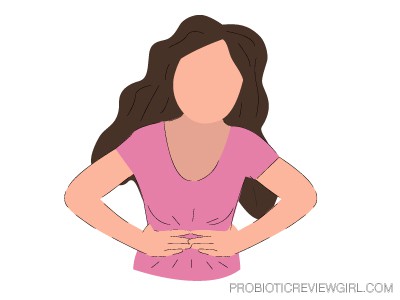 There are said to be 5-types of IBS with varying digestive side effects. Contrary to popular belief, Irritable Bowel Syndrome doesn't always induce diarrhea in sufferers, and for those who have IBS-C they may instead deal with constipation. Those with IBS-M may even experience alternating periods of Diarrhea and Constipation.

In this systematic review and meta-analysis from 2014, it was found that probiotics were an effective treatment for IBS and chronic idiopathic constipation by helping to fix any disturbance in microbiota gut bacteria. Another study found an improvement in adult IBS-C symptoms after using Lactobacillus and Bifidobacterium probiotic bacteria. It was stated that Lactobacillus bacteria was lower in the microbiome of IBS patients.

Do Probiotics Make Your Poop Stink?

Probiotics don't usually make your poop stink according to the customer reviews I have researched. When you take probiotics you may experience a Herxheimer reaction which is when bad bacteria die off.

From the research I have done for this article it's clear that saying probiotics make you poop isn't that simple. It depends on your diet, age, and cause of constipation.

Generally speaking, when first taking probiotics one side effect is increased bowel movements (pooping) but not everyone will experience that and it usually passes after 1-week.
The good news is that if you are suffering from something like IBS-associated constipation there are medical studies that back up the use of probiotics for helping make you poop.

In children, more studies are needed. If you want to take probiotics to make you poop then it's also important to remember to eat a lot of fiber in your daily diet and drink enough water for your body type.