Probiotics And Birth Control – Can You Take Both?

Contraceptive Methods May Have Effect On Vaginal Health

The study concluded that the vaginal-microbiota was altered significantly due to the various contraceptive methods. This however does not effect the way that birth control pills work. (1)

Because birth control pills contain estrogen and progestin it's possible that this could lead to yeast overgrowth and potentially other conditions like candida. (2)

Does The Birth Control Pill Affect The Microbiome? 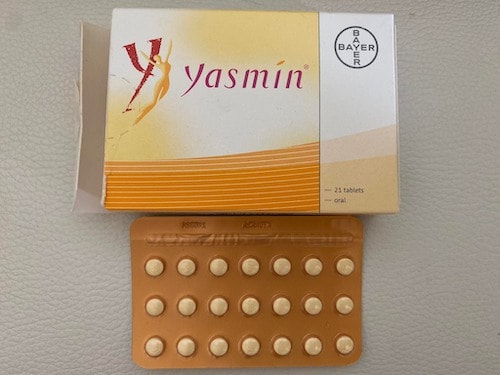 This manuscript from Hamed Khalili, claimed that there may be a risk of Inflammatory Bowel Disease from Oral Contraceptives. It also stated that there was risk for Chron's Disease and Ulcerative Colitis progressions but it was unclear why this was the case but it could be because of the effects estrogen has on the gut microbiome.

Bronwyn Storoschuk, ND on the MetagenicInstitute said that Birth control could lead to Dysbiosis. This condition is quite simply an imbalance in gut bacteria, reduced diversity of important bacteria strains like butyrate producing bacteria and a rise in bad bacteria.

Is It Safe To Take Probiotics With Birth Control Pills? 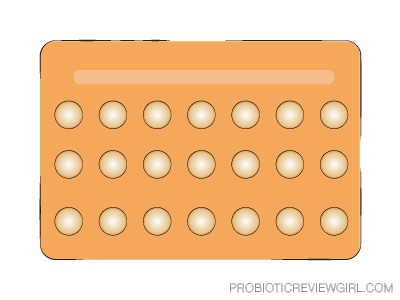 The birth control pill works by using hormones to safely stop ovulation and sperm reaching the egg. Good quality probiotic supplements may nourish your microbiome with friendly probiotic bacteria and this bacteria does not have any effect on ovulation. (3)

People often confuse Antibiotics and Probiotics as the same thing but they couldn't be more different. Antibiotic's do a great job at flushing out bad bacteria and unfortunately the good bacteria in your microbiome as well which can lead to negative digestive side effects.

According to some sources, some antibiotics may even have an effect on hormonal contraception. It's thought that the only antibiotic that can do this is Rifampin but more studies may be needed on different Antibiotics. You should always talk to your Doctor first if you are on birth control and going to start a course of AntiBiotic's. (4)

Some probiotic supplements contain Vitamin C as an extra ingredient so it's important to understand if Vitamin C can have any effect on the way that Birth Control Pills work.

There was one study that suggested Vitamin C could increase estrogen levels and potentially decrease the effectiveness on birth control. (5)

The recommended daily allowance of Vitamin C is 90mg per day for adult men and 75mg per da for adult women. so always stick to that and if you are using birth control check if your probiotic supplements contain Vitamin C. (6)

In the /r/BirthControl subreddit 8 years, Aubreyism asked Redditor's if their Nexplanon birth control would be affected by their Lactobacillus Acidophilus supplement and there was some great replies. One user called Springcourt, said that they had asked their doctor a similar question and that since Nexplanon was a sub dermal implant, probiotics would have no effect. Interestingly their Doctor said the only ingredient that could affect Birth Control was St John's Wart.

Over in the /r/Ulta subreddit 1 year ago a user called Misstedbundy asked if "Good Girl Probiotics" interfere with hormonal birth control. There had been some rumors online that the Good Girl probiotic brand did interefere with hormonal birth control pills. GothThick replied and said the before Good Girl Mood Probiotics contained St. John's Wort and that ingredient could possibly interact with Birth Control. In 2022, it seems like Good Girl does not contain any St John's wort and won't interact with Birth Control.

Closing Thoughts: Talk To Your Doctor

So the answer is, yes! You can you take probiotics and birth control together at the same time without any problems provided they don't contain St John's Wort as an ingredient. Thankfully most probiotic supplement's I have reviewed do not contain St John's wort (Hypericum perforatum L.).

Now that you understand how probiotics work and how birth control works then you will know they are generally a safe combination. I have been taking Birth Control a long time with many different probiotics for years and have not got pregnant which is a good sign.

The caveat is that you should always check extra ingredients in probiotic supplements in case they contain things like St John's Wart & Vitamin C. It's always best to consult with your Doctor to be 100% sure. I am not a doctor and this guide is not medical advice.