Most Constipated Cities In The UK 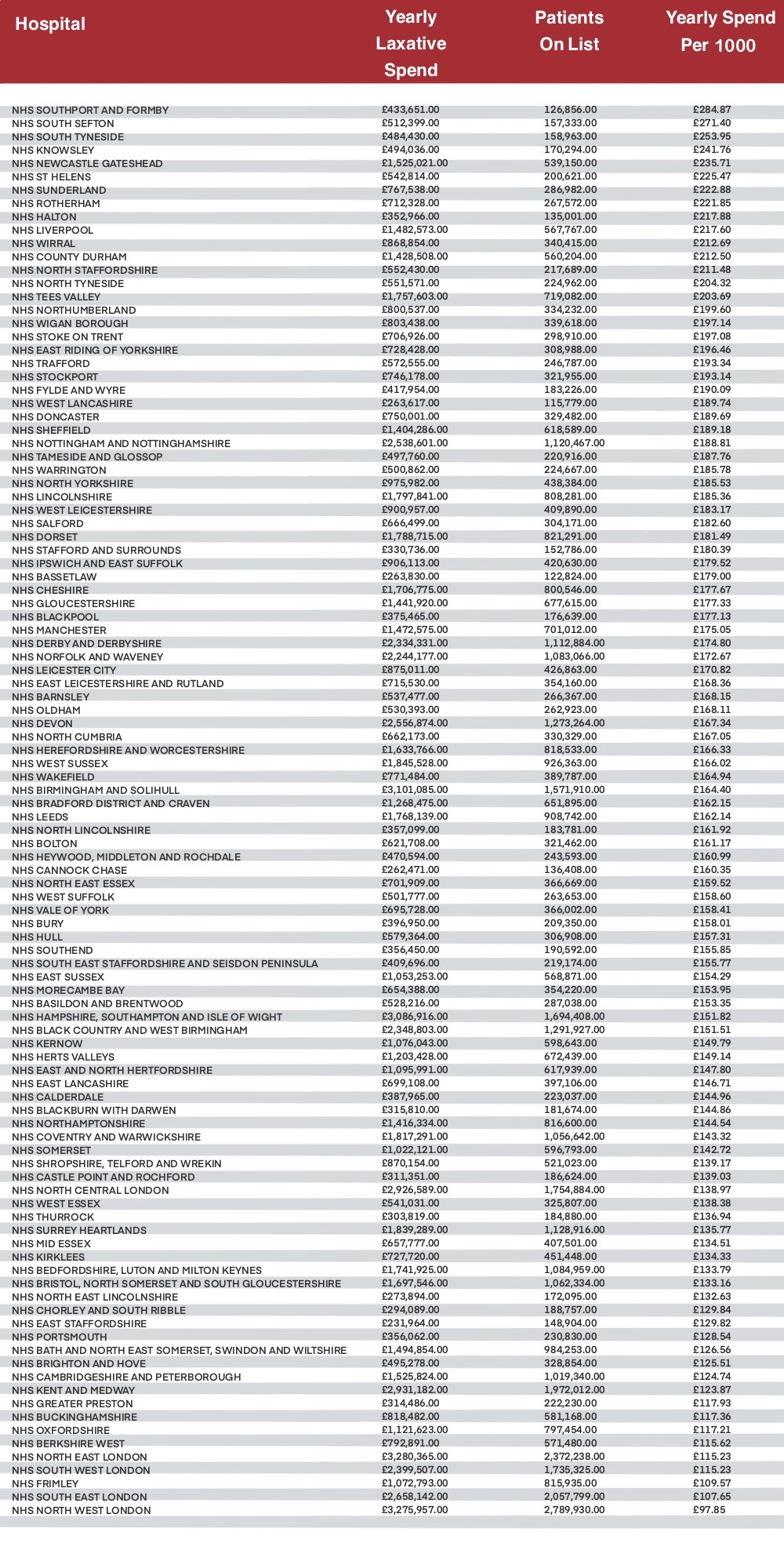 PRG analysed NHS England data on Laxative prescriptions to find the most constipated regions in England.

NHS North East London spent an eye watering £3,280,365.00 alone on Laxatives in their last financial year (Sep 21—Aug 22) but they weren't the most constipated city based on cost per 1,000 patients. 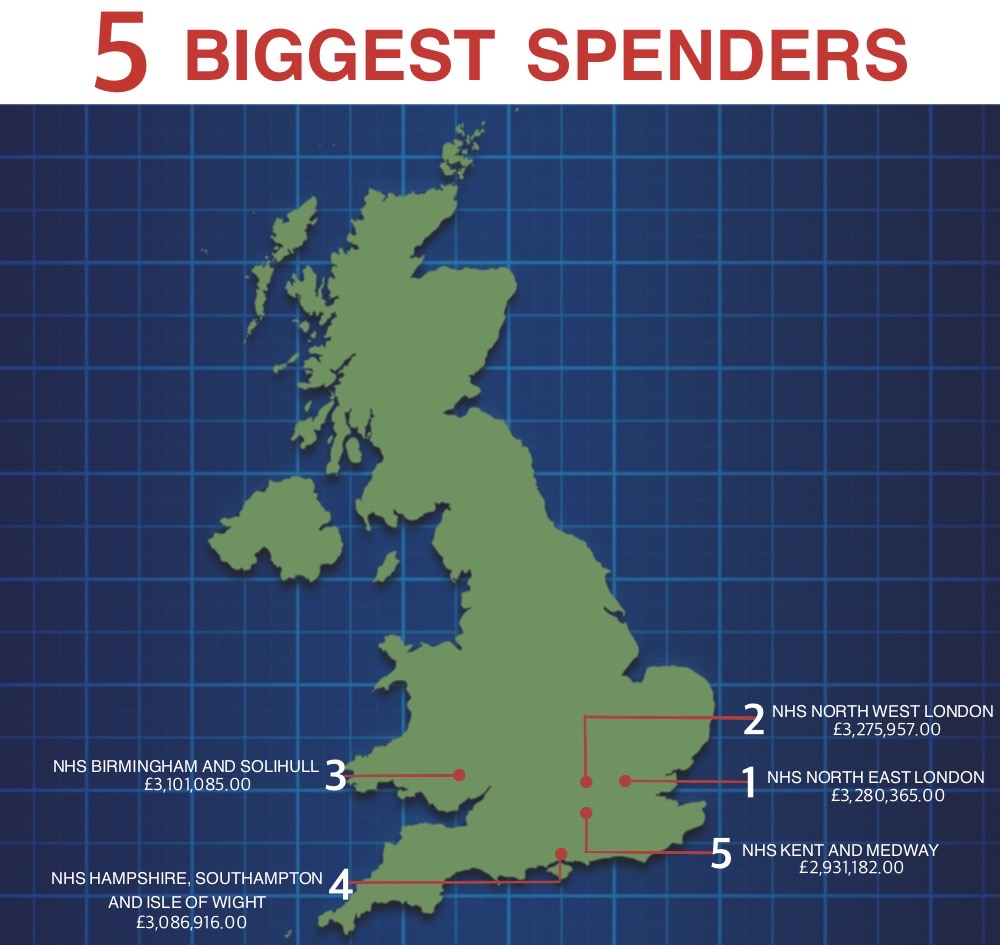 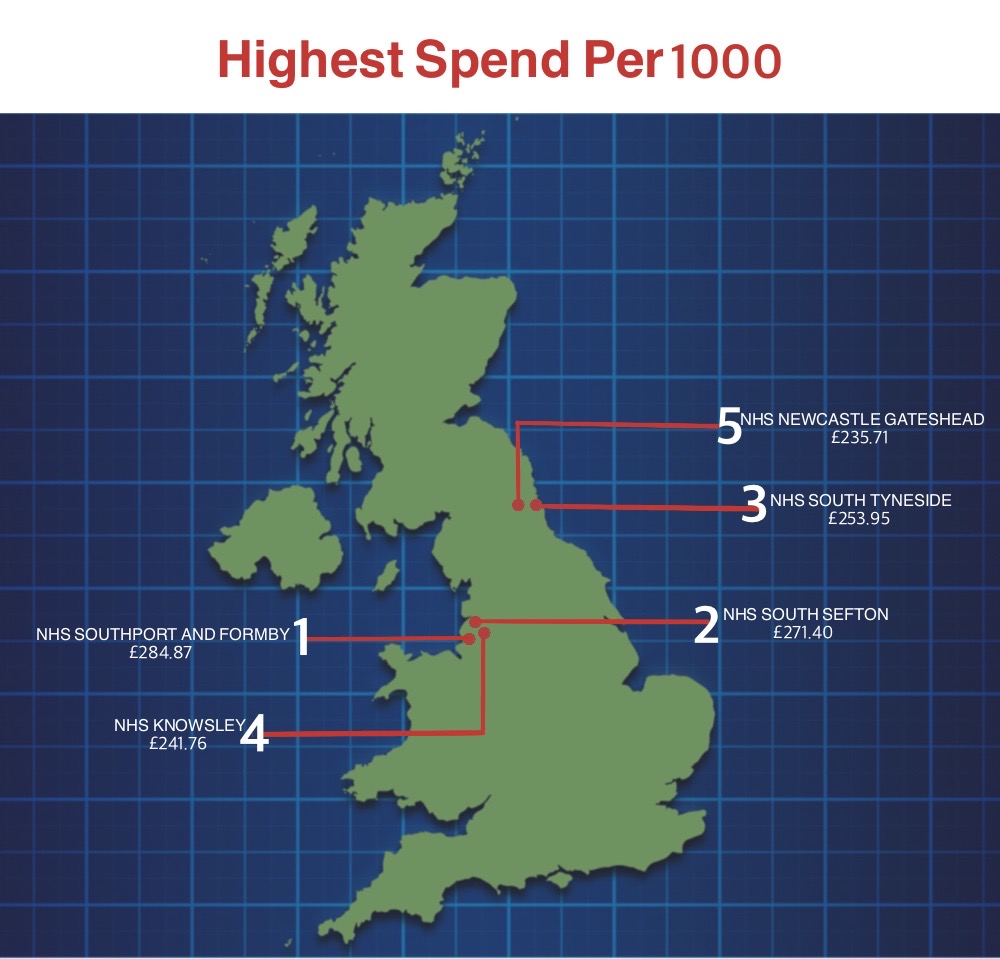 Liverpool The Most Constipated City In England

Whilst the top 5 biggest spenders of Laxatives spent upwards of 3 million pounds in their respective financial years this was not indicative of their populations constipation issues.

When dividing the costs versus with their patient lists, the top spenders had some of the lowest ratios per 1000 patients. In August 2022 for example, NHS South East London had 16.40 patients out of 1000 requiring Laxatives.

The North More Constipated Than The South Of England

Data from the least constipated cities clearly showed that the south of England had some of the lowest rates of NHS Laxatives prescribed.

The NHS states that if you have been unable to poo more than 3 times in the last 7 days, you may be constipated. Also having large hard poo's plus straining were other characteristics for a constipation diagnosis.

The NHS states that not eating enough fruit & veg with fiber, not enough fluids, lack of movement, medication side effects and mental health could all contribute to constipation issues.

The NHS recommends contacting your GP if your constipation isn't improving with treatment, have blood in your poor, have weight loss, feel tired or are bloated for long time. Long-term constipation could lead to faecal impaction which could then require "stronger laxatives – prescribed by a GP" according to the NHS website.

Closing Thoughts: Dietary Changes Could Save the NHS millions

"There are of course several reasons of that could have influenced Newcastle & Liverpool in Northern England having higher rates of Laxative use.

One is that, the average resident there was just more open to talking about their constipation issues with their GP versus an average person in the south.

It's also likely that poor dietary habits in the north vs a healthier diet with more fibre in the south was what led to differences in constipation numbers.

The NHS could save millions of pounds by encouraging people in these high percentile areas to eat more fiber, drink more water and get more daily exercise.

Eating more fermented probiotics foods with Lactobacillus bacteria could also be another low cost enjoyable option to help with constipation.

Kefir Milk, Kimchi, Sauerkraut and Organic yogurts are all tasty probiotics a constipated person could add to their diet.

Kefir Milk & Organic Yogurts are great breakfast options and can be eaten along side oats which are a fibre powerhouse. Doing this every morning could help you avoid issues with constipation and save the NHS some cash."