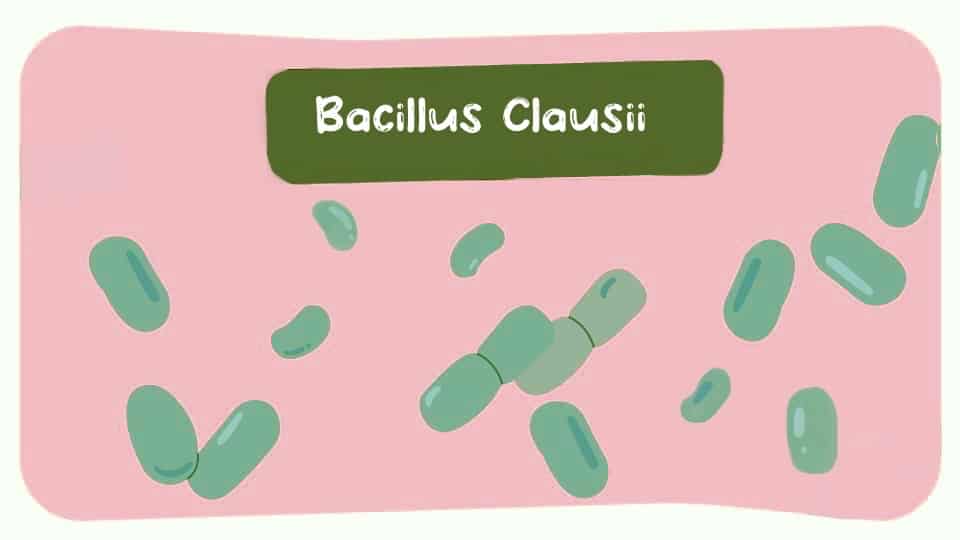 Bacillus Clausii is a soil based, gram-positive, rod shaped, spore-forming bacteria that is commonly used as a probiotic.

It has been shown clinically to have a range of potential health benefits that I will analyse in this blog post and also share the case of a serious adverse reaction.

A 2013 clinical trial published in the Beneficial Microbes Peer-reviewed journal found that Bacillus clausii strain UBBC 07 may be effective in reducing the symptoms of acute diarrhea. The study included 27 patients who were given two doses of Bacillus Clausii per day for 10 days at 109 Million CFU.

The results showed that the duration and frequency of diarrhea were significantly reduced, as was abdominal pain and the consistency of stools. No adverse effects were observed during the treatment suggesting that B. clausii may be a potential treatment option for those suffering from acute diarrhea.

A 2016 study published in the Antimicrobial Agents and Chemotherapy Peer-reviewed journal found that secreted compounds from the probiotic Bacillus clausii strain O/C could potentially inhibit the cytotoxic effects of toxins produced by Clostridium difficile and Bacillus cereus.

These findings suggest that the use of B. clausii as a probiotic may be beneficial in preventing antibiotic-associated diarrhea. The study carried out on vero cells also identified a secreted serine protease in B. clausii that is responsible for its protective effects but the study did no show it could eradicate C. Diff infection in humans.

A 2020 study published in the journal Clinical Therapeutics found that Bacillus clausii capsules could potentially reduce the incidence of diarrhea in patients undergoing Helicobacter pylori eradication therapy. The study, which was randomized and double-blind, included 130 patients who were given B. clausii or placebo capsules three times daily for two weeks at 10 billion CFU.

A 2005 study published in the European Annals of Allergy and Clinical Immunology found that Bacillus clausii can modulate the cytokine pattern in allergic subjects. The study included 10 subjects with allergic rhinitis who were given B. clausii spores for four weeks.

The results showed that B. clausii treatment significantly reduced IL-4 levels and increased levels of IFN-gamma, TGF-beta, and IL-10. These findings suggest that B. clausii at 2 billion CFU could have immunomodulatory effects in allergic subjects and that it could be useful in the management of allergic conditions not but as a treatment.

It is worth noting that in all of the studies mentioned, no adverse side effects were reported in the healthy individuals but this doesn't mean you won't experience any.

It is common for probiotics to cause initial side effects such as bloating and gas, but these usually pass after a few days or weeks of taking the probiotic once your microbiome adjusts.

Those with compromised immune systems or chronic illnesses should consult with their healthcare provider before taking Bacillus clausii or any other probiotic. I am not a Doctor.

This 2021 report published in the Journal of Medical Case Reports warns about the potential for prolonged bacteraemia after taking the strain orally.

It detailed a case of a 17-month-old child who developed a prolonged infection after taking B. clausii probiotics for a brief period of time.

As well as that, it also identified seven other cases of prolonged B. clausii bacteraemia in the literature, all of which occurred in patients with underlying co-morbidities.

These findings highlight the need for fist consulting with your doctor before taking B. clausii probiotics as only they will know your full medical history.

From my research it's clear that Bacillus clausii has been shown to have a range of potential benefits like reducing the symptoms of acute diarrhea, inhibiting the cytotoxic effects of toxins produced by C. difficile and reducing the incidence of diarrhea in patients undergoing Helicobacter pylori eradication therapy.

While no adverse side effects were reported in the studies, it's super important to consult with a healthcare provider before taking probiotics because of one major side effect with Bacteraemia. Bacillus clausii may be a useful addition to your daily routine to support your gut health but should never be used as a replacement to any prescribed medication from your doctor.