This study was published in the Laboratory Investigation journal which is run by the United States and Canadian Academy of Pathology.

Celiac disease is defined as a digestive and immune disorder that can damage the small intestine through inflammation. This allergy to gluten can lead to medical conditions like malabsorption, anemia & osteoporosis.

It typically causes symptoms like bloating, diarrhhea and cramping but not everyone experiences symptoms even though their colon is being damaged.

People with Celiac have to make careful with wheat, barley, rhye, grains it can negatively impact many parts of a person's life. 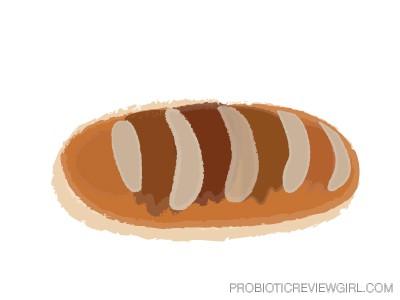 In the past understanding the biology of Celiac Disease has been hindered because of the lack of relevant animal models. For this study to mouse model was used so that the scientists could understand the pathogenesis of celiac disease and the impact that the Saccharomyces Boulardii yeast and also Lactobacillus paracasei DC205 / DC412 probiotic strains would have on the gluten fed mice.

In the past studies like this one have shown that probiotic bacteria is able to reduce the toxicity of wheat flour during cooking by breaking down gliadin a type of protein found in gluten & wheat. In this study they tested the L. Pracasei strain and S. Boulardii strains on the effects of wheat flour during fermentation. It was confirmed that only the S. Boulardii strain was able to have proteolytic effect on the 28-kDa α-gliadin protein which they claimed was one the most toxic for people with Celiac Disease.

After this discovery they then tested the Saccharomyces Boulardii KK1 strain orally on the gluten fed mice. Feeding the mice this strain resulted in resulted in a decrease in villous atrophy, decreased expression of CD71, TNF-α+ and IFN-γ+ cells and an increased number of COX-2+ cells. It was suggested that the probiotic bacteria generally helped with gluten induced irritation and swelling in the small intestine. One interesting thing to point out was that the Lactobacillus Paracasei strains did not have any effects on the celiac symptoms.

Through this study the scientists were able to create an animal model that closely resembled that of a gluten induced enteropathy in humans. The intestines were shown to be inflammed, irritated and swollen because of the over expression CD17. The oral supplementation use of the S. boulardii KK1 yeast strain was able to reduce the gluten-induced enteropathy in the gluten fed mice. It's unclear if these results could also transfer over to humans but it is possible to get SACCHAROMYCES BOULARDII yeast from milk, yogurt, cream, dahi, cheese and kefir.