In the past, studies have suggested that there could be a link between the gut and ADHD because of the gut & brain axis but these studies were largely inconclusive due to heterogeneity.

Attention deficit disorder can have a debilitating effect on academic performance, relationships, and more. It's thought that recognizing ADHD early on can make the transition into adulthood easier.

This study I'm going to share looked at the gut microbiome of 41 ADHD children vs 39 healthy children to check if there was a difference in microbiota flora imbalance, and inflammation through fecal samples collected. It was published recently in February 2022 by scientists from Taiwan for the Translational Psychiatry journal which looks at research in neuroscience. 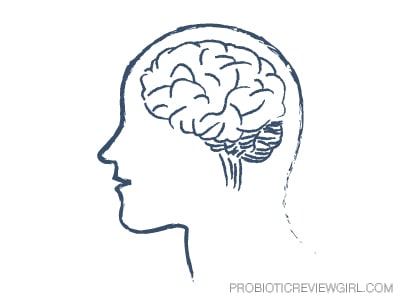 The study was first approved by the Institutional Review Board (IRB) at Chang Gung Memorial Hospital in Taiwan (IRB No. 201702019A3) and the children with ADHD were recruited from the same hospital with the help of a senior child psychiatrist.

The "healthy" children were recruited from a close-by community hospital and the parents or guardians were said to be well informed beforehand. One important point in this study was that children in both groups with gastrointestinal disorders, on vegetarian diets, on anti-inflammatory drugs, or who had antibiotic use in the past 30-days were excluded.

This is important because these things could easily influence gut flora. Antibiotics have been shown to completely wipe out good and bad bacteria for example. The children in this study were asked to collect a pea-sized scoop of feces.

Using the QIAamp PowerFecal DNA Kit from Qiagen, the genomic DNA (gDNA) was extracted from the samples provided. Blood samples were also taken to investigate cytokine levels in the plasma but for this blog post, I am more interested in the analysis of gut bacteria.

According to the ACE richness estimator, Shannon and Simpson index there was no differences between the species richness from the ADHD and Healthy control group. The interesting discovery was that in ADHD children, there was increased representation of the following three bacteria genera.

Weirdly, the healthy children in this study had a lower taxonomic of these microorganisms. This could be significant because studies like this one suggest an imbalance of bacteria the microbiome (Dysbiosis) could be linked to the susceptibility of ADHD. It's thought this is down to the gut and brain access and dietary patterns.

The abundance of Agathobacter has been linked to autism spectrum disorder and sleep disturbances in children according to this study. Also, separate studies have linked closely Anaerostipes and Lachnospiraceae bacteria to the etiology of depression. More studies however on how gut bacteria affects ADHD are needed to make stronger conclusions but this study is a good starting point.