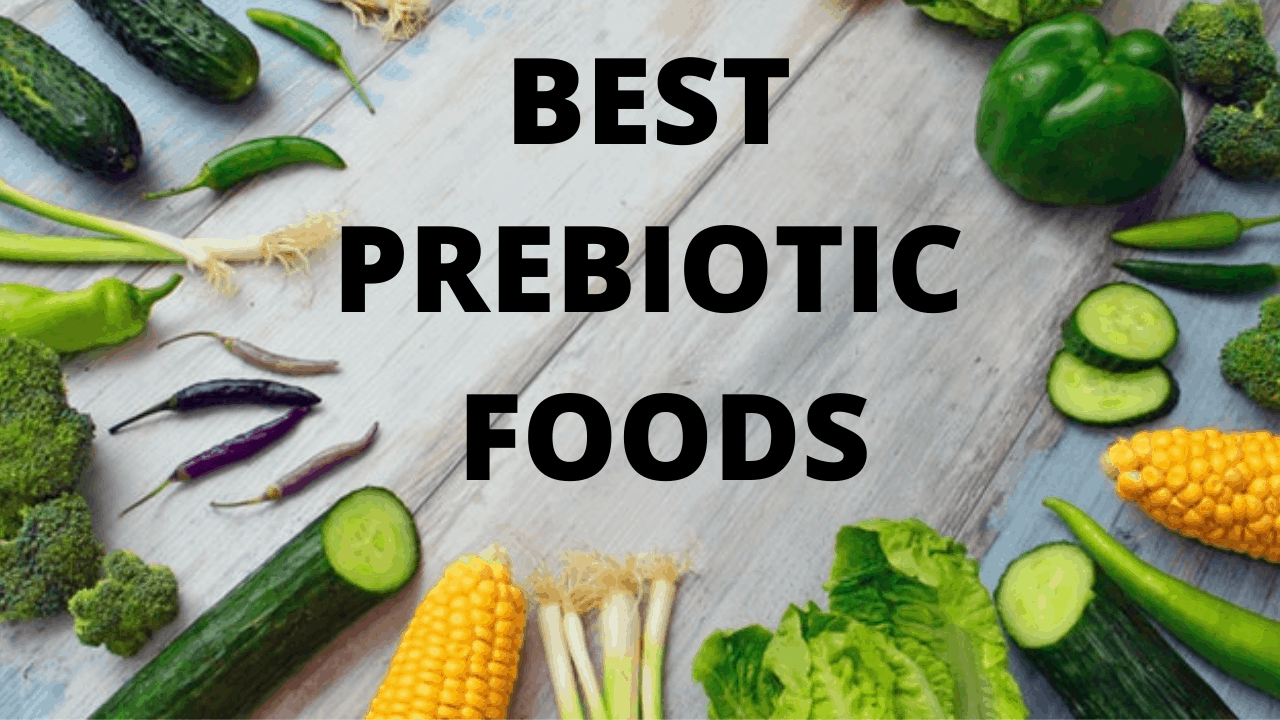 In this guide, I'm going to share 10 Prebiotic Foods that I absolutely love to eat.

I will also share some lectin-free options for those following Dr Steven Gundry's diet.

Prebiotics are vital for your microbiome to get the full benefits from Probiotics.

You are going to want to read this post to make sure you actually eating the right Prebiotic Foods. 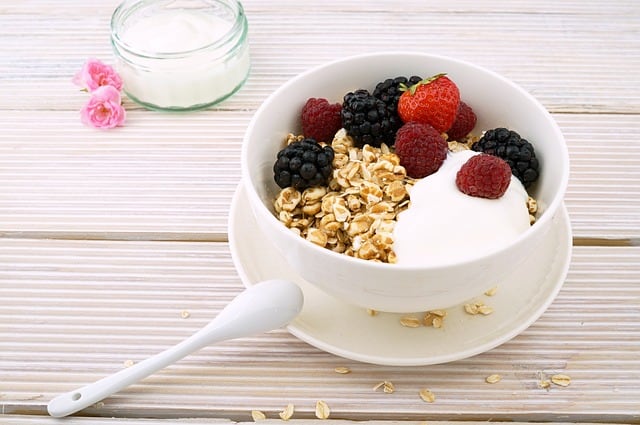 Oats, more specifically whole oats, are an excellent source of beta-glucan fiber. Frequent consumption of oats leads to a higher population of healthy gut bacteria, having a noticeable impact on gut health. (1)

Furthermore, research indicates that the beta-glucan found in oats is associated with better control of your appetite (2), lower LDL cholesterol (3), and many other prebiotic benefits. This is because oats have a unique composition compared to other grains, such as resistant starch, phenolics, and complex lipids.

Dandelion greens can be used in salads as a replacement for other greens.

Raw consumption is associated with diuretic effects (3) that can reduce constipation and support the friendly bacteria population in your gut.

Dandelion greens have anti-inflammatory and antioxidant properties that help the immune system. 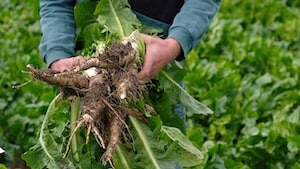 Chicory is part of the dandelion family and is distinguishable due to its bright blue blooms.

It has been used for centuries in the human diet; one of the most common consumption methods nowadays is making a beverage with a coffee-like taste and color.

Chicory root is a rich source of beneficial fiber, known as inulin, and other bioactive components that support gut health. This is because of its high insulin content, reaching up to 68% in fresh chicory root. Chicory was popular among ancient Egyptians, and it is currently used for digestive disorders and other medicinal and nutritional purposes (4).

When consumed, chicory roots’ extracts antimicrobial, and even immunomodulatory properties. (5) 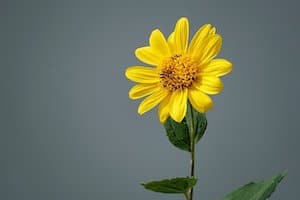 Artichokes have been used for centuries for medicinal benefits, such as lower blood pressure, improved heart health, and better digestion (6). Jerusalem artichokes, known as earth apples, are different from common artichokes and are rich in the prebiotic type of fiber known as inulin.

More specifically, approximately 76% of the fiber content in earth apples comes from inulin which has excellent health benefits when consumed either cooked or raw. Studies show that Jerusalem artichokes feed the friendly gut bacteria and improve digestion. (7) 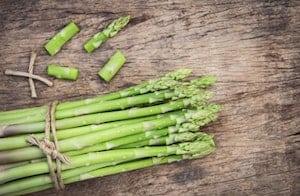 Asparagus is a low-calorie vegetable from the lily family. It is used in a wide variety of dishes from all around the world, and it might come as green, purple, or white, among others.

It’s a rich vitamin K source, providing up to 57% of the RDI; this vitamin is an essential nutrient for bone health and blood clotting. (8)

Asparagus helps to regulate bowel movements due to its content of insoluble fiber. It is also an important source of soluble fiber, which feeds the beneficial gut bacteria, such as Lactobacillus and Bifidobacterium. (9) These bacteria have an active role in supporting your immune system and creating vitamins K2 and B12, among others. (10) 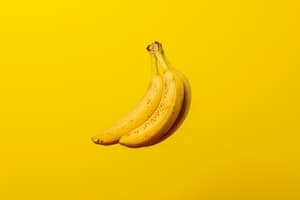 One of the most favorite fruits in the world, bananas are rich in fiber and antioxidants.

Resistant starch feeds the friendly bacteria in your large intestine. (11)

In addition to this, the resistant starch keeps you fuller for longer, so some people associate unripe bananas with better appetite control and, as a result, weight loss. 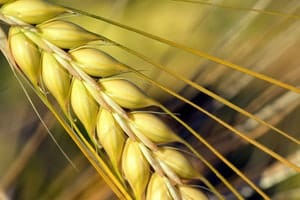 Barley is a grain with a nutty flavor and is slightly chewy. Humans have grown barley for more than 10,000 years, and it is now essential for whiskey and beer production.

When it is not processed, this whole grain, known as hulled barley, can have numerous benefits for your gut health.

One of the most extensive studies analyzed the impact of whole grains, such as hulled barley, on more than 367,000 individuals. It concluded that people consuming barley had an overall 17% lower death risk from all causes. (12)

Barley improves digestion and relieves chronic constipation (13) and has been associated with improvements in inflammatory bowel diseases, such as ulcerative colitis (14). It contains beta-glucan fiber that nourishes healthy gut bacteria. (15) 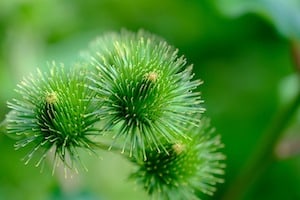 Burdock root is an essential part of holistic medicine, and it has been used for different ailments. Nowadays, it is prominently used for digestion and its diuretic properties.

Apart from containing potent antioxidants (16), burdock root has been used to purify the blood because it eliminates toxins. (17) The most common forms of burdock root are tea, extracts, root powder, and others. 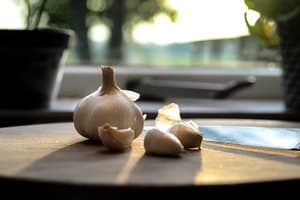 Garlic is part of the onion family and is one of the most popular ingredients around the world. Apart from its delicious taste and flavor profile, it was proven to maintain health in a myriad of ways, combat the common cold, and more. (18)

More than 10% of the fiber content comes from inulin and another 6% from a natural prebiotic known as FOS (fructooligosaccharides). Garlic has important prebiotic properties due to its ability to support the friendly Bifidobacteria and inhibits harmful bacteria’s growth. (19) 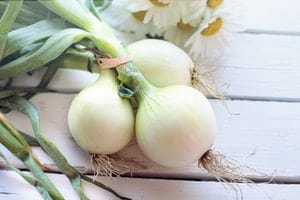 Onions can lead to bloating or other issues if your digestive system is sensitive. This is why many people choose to consume them cooked by adding them to soups, stews, and more. The specific flavor profile combined with an important content of prebiotics and antioxidants makes them the ideal ingredient in a wide variety of dishes worldwide. 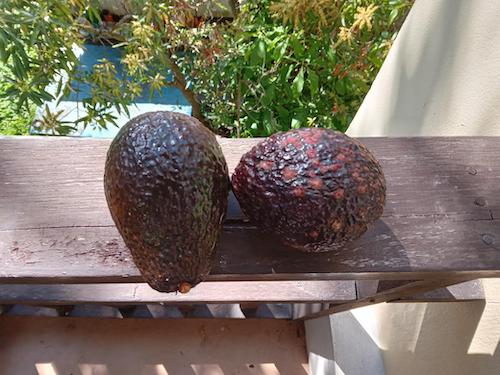 So while these foods may be high in prebiotic fiber, if you are following Dr Steven Gundry's diet you will want to avoid them because they are rich in lectins.

Some foods high in prebiotic fiber and low in lectins include okra, broccoli, flax seeds, artichokes, avocados and sweet potatoes. These foods are high in grams of fiber that is soluble which is what makes it a prebiotic fiber.

The Difference Between Prebiotic Vs Probiotics

Prebiotics and Probiotcs may sound like the same thing and they do work together but they are totally different.

Probiotics are good bacteria and prebiotic is fiber that is resistant to starch meaning it can pass through your small intestine without being digested and make it to your large intestine.

So there we have it, ten prebiotic foods that I always try to have stocked up in my kitchen. It's also just happens to be that some of the best prebiotic foods just have happen to be vegan so that's cool as well.

Learning about Prebiotics and Probiotics can be confusing at first so definitely make sure to read some of the guides I have already published. If you include these Prebiotic foods in your diet on a weekly basis and eat good Probiotics you will be on the right track.